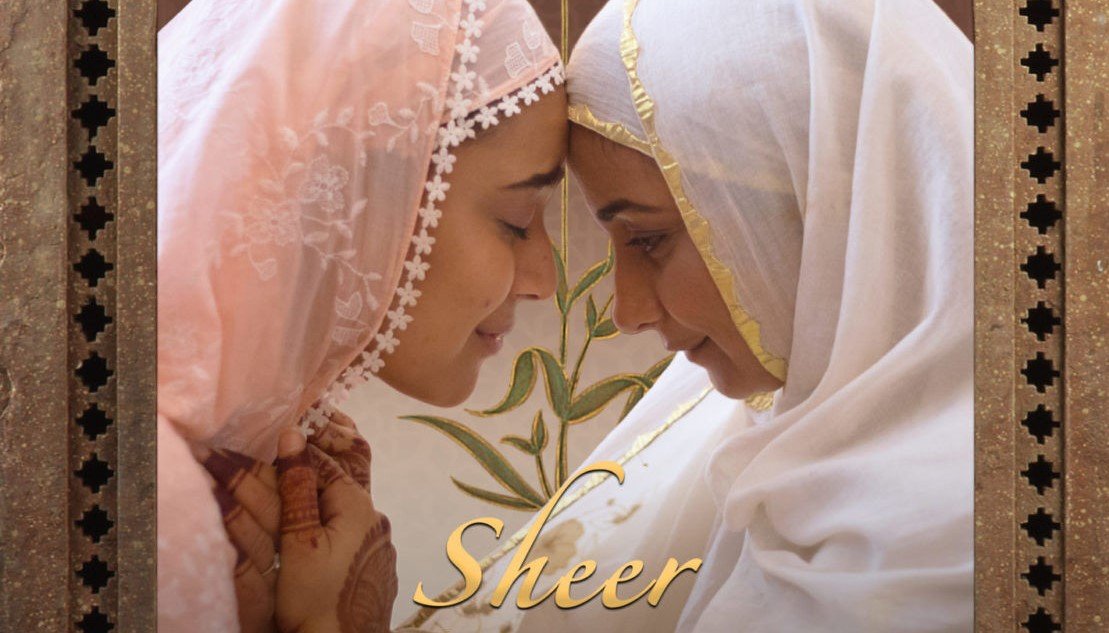 Over 90-plus films will be showcased at the 12th annual Chicago South Asian Film Festival, to be held in a hybrid format Sept. 25 through Oct. 2.

Described as the “largest festival of its kind in the Midwest,” the festival, organized by the Chicago South Asian Arts Council Inc., will present a variety of films virtually and physically at the Showplace ICON Theater in Chicago, Illinois.

Festival goers will get to see a range of independent films, shorts and documentaries, and attend events and discussions.

“Ek Duaa,” starring Esha Deol, will open the festival, while the centerpiece film is “Americanish” by Iman Zawahry, one of the first hijabi American Muslim filmmakers in the U.S.

The closing night film is “Shut up Sona,” a film by Deepti Gupta featuring singer Sona Mohapatra. The film is about a feisty female artist’s unrelenting fight for equal space in modern day India.

“Ela – Breaking the Boundaries,” a film by Swapna Kurup showing Indian American artist Ela Shah’s body of work spanning over four decades against the backdrop of personal stories, is also among the films to be screened.

Illustrious actors Pankaj Tripathi’s “Laali” and Vipin Sharma’s “Naap” and “Missing” will also make their way to Chicago, along with “Range of eMotion,” “Unwoven Threads of Kashi,” “Midnight Delhi,” “Sand & Snow,” “Conception,” “Koko” and “When the Music Changes.”

Actor Pooja Batra will be in attendance to walk the red carpet and speak about her film, “Padmavyuha,” with director Raj Krishna.

Films opening for the first time in the United States include “One-way Glass” from the U.K., which is the story of a migrant Pakistani woman trapped in a violent, sexless, loveless marriage.

The festival features a range of regional films such as “Searching for Happiness” by Suman Ghosh in Bengali; “Myth of a Good Girl,” a Tamil film starring Akshara Haasan and Usha Uthup; “Yesterday’s Past” by Nila Madhab Panda; “Ghar Ka Pata” by Madhulika Jalali; “Montur Montoh,” an Assamese film; a Kannada film, “Blue Bird”; and a Gujarati film, “The Other Side of the River.”

Also on the lineup is the award-winning film, “Sheer Qorma,” by Faraz Arif Ansari and starring Shabana Azmi, Divya Dutta, Swara Bhasker and Jitin Gulati. The film is a story of belonging, acceptance, identity, family, and how it all comes together under one roof, as resilient, queer Muslim women and non-binary characters of color, choose to embrace love that exists beyond their personal beliefs and social moralities.

Other LGBTQ films to be showcased include “Sab Rab De Bande” by Sukhdeep Singh, which brings forth the various challenges that LGBTQ Sikhs grapple with and the different ways in which they reconcile their faith and gender/sexual identities; “Emergence: Out of the Shadows,” a film about three guys expressing their sexuality within their conservative South Asian families; and “Confusion” from Nepal, which talks about a woman seeking comfort in another woman.

“This year’s festival will include some very special artists, panel discussions, moderated Q&A and several major upcoming film releases,” said Jigar Shah, CSAFF’s Indian American festival director. “I look forward to unveiling and launching our exciting lineup to all film lovers and community members – both old and new faces, our partners and sponsors who are passionate about cinema and have supported CSAFF every year.”