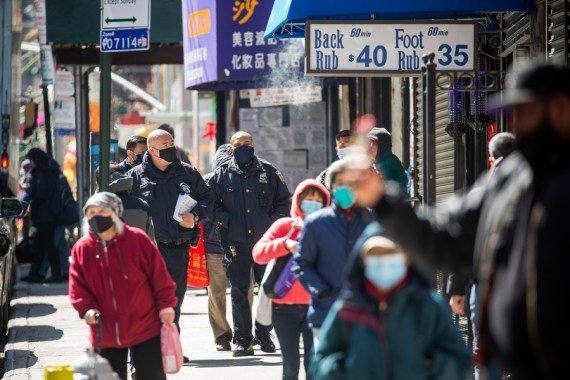 WASHINGTON, DC (IANS) – China’s population has decreased for the first time in over 60 years, signaling the start of a long-term decline that will bring demographic challenges for the world’s second-largest economy as well as the world, media reports said.

It was the first decline since 1961, the final year of the famine brought on by failing economic policies during Mao Zedong’s “Great Leap Forward”, the campaign to transform China from a mostly agrarian society into an industrial one that ended in disaster, RFA reported.

The long-term outlook for China, according to UN experts, is that the population will continue to decrease by about 109 million people to 1.3 billion by 2050.

The turning point puts China in a similar situation as regional neighbor Japan, whose population has been shrinking, and South Korea, where birth rates are declining after rapid economic growth, leaving fewer young people in the workforce to support a swelling number of retirees. That has put a larger tax burden on workers and could lead to economic stagnation.

The demographic shift reflects both the results of China’s one-child policy and pessimism about the future, experts said, RFA reported.

An unintended consequence of the one-child policy, which lasted from 1980 to 2015, combined with a cultural preference for boys, has led to a major gender imbalance, resulting in fewer possible families being formed, especially in rural areas.

But there is also an economic and psychological element contributing to this trend. Combined with skyrocketing housing and education prices that come with robust economic growth, many young Chinese today simply do not envision children in their future, RFA reported.

“A decline in the willingness to have children reflects the hardships of Chinese people’s daily lives,” Wu Qiang, a Beijing-based scholar who focuses on population, said. “This is a reflection of their pessimism about the future.”