HomeGlobalDDLJ Musical: Indian American Cast Says They Have Made History

DDLJ Musical: Indian American Cast Says They Have Made History DDLJ Musical: Indian American Cast Says They Have Made History

Irvine Iqbal, who plays Simran’s father the turbaned Baldev on stage, says: “When the South Asian community is one of the largest ethnic minority groups in the US, why would we not ensure that our theatres reflect this demographic and see that musicals proportionately cast South Asian actors? Isn’t this the world we live in today? It’s increasingly clear that audiences are becoming more diverse and expect to see themselves reflected on our stages.

“If we don’t see ourselves represented on the stage how can there be any representation? The collective frustration of the American South Asian talent out there comes from not being able to have a meeting or audition to showcase their talents. We are either overlooked, ignored or simply invisible to many with the ability to affect change.”

Rupal Pujara, who plays Simran’s mother Lajjo, says: “‘Come Fall in Love’ is updating the beloved classic, DDLJ, by expanding the narrative of its female characters. In this version, Lajjo is not only a devoted wife and mother, but also strong, soulful and fiercely witty.”

Kinshuk Sen, who plays Kuljit, Simran’s to be husband in the musical, says the show has one of the largest South Asian casts he has ever seen on a western stage, that too being guided by a creative team that is also predominantly South Asian.

“Being from Delhi but having lived and worked in the US now for almost a decade, I have almost always been the lone person of color, let alone the only Indian person, in every circle I have been a part of.”

Vishal Vaidya, who plays another principal character called Ajit, Kuljit’s father, says: “As a Gujarati American who grew up dancing Garba, Raas, and Bhangra, I felt I had to leave that part of my identity behind when I pursued musical theatre.

“I’m so excited about what this show will do for representation on stage. South Asian Americans have never really had a show that can also be a training ground for new talent, and I find great hope in the idea younger artists will see this show and feel that, finally, they belong in this industry.”

Neha Dharmapuram, again part of the ensemble, adds: “I go into work every day telling myself that by simply showing up for myself and my passions, I might be giving another South Asian creative the courage to pursue their dreams. Not only that, I hope that watching so many South Asians pursue a career in the arts on one stage will give parents the confidence to support their children in pursuing non-traditional careers.”

Caleb Mathura, also a part of the ensemble, adds: “Representation always matters, but it’s effect is so evident within the Arts. I have met people who have travelled across the country to see this show.

“The show also champions diversity and every department from cast to technicians is a beautiful confluence of East and West as Indian and South Asian representation is at the heart of this show.”

The musical also has 18 original English songs to treat audiences with and the makers reveal that they also have a beautiful song ‘Love in Every Color’ that celebrates the theme of inclusivity in the show.

Meanwhile, The Old Globe, one of the most respected theatres in the US, has announced an extension of the World Premiere of ‘Come Fall in Love – The DDLJ Musical’.

The Broadway-bound production will now play through October 23. 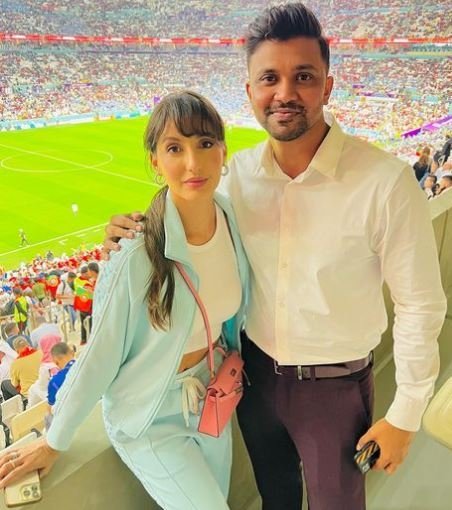