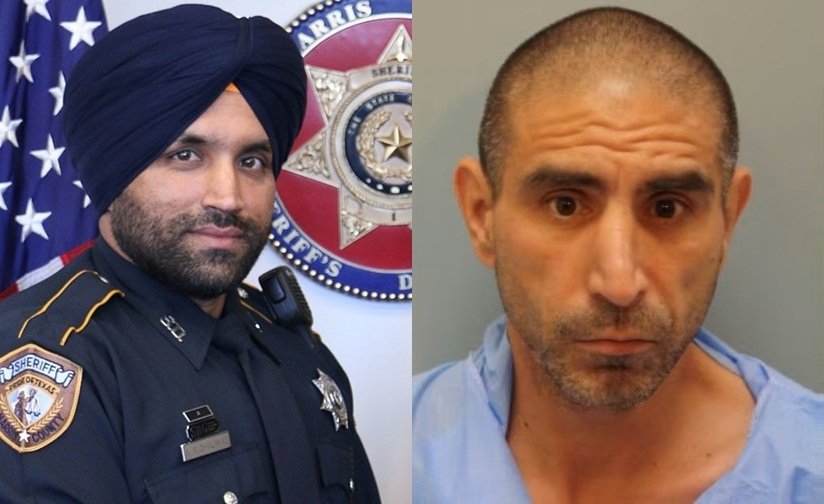 DALLAS, TX (IANS) – The man who murdered an Indian American Sikh sheriff’s deputy in TX has been sentenced to death.

The verdict was handed down on October 26 by the jury which had earlier found Robert Solis guilty of murdering Sandeep Dhaliwal in 2019.

Harris County Sheriff Ed Gonzalez tweeted: “Verdict is in: Jurors sentence Robert Solis to death. We are extremely grateful that justice has been served.”

Dhaliwal made headlines when the obtained a religious exemption in 2015 to wear a turban as part of his uniform as a deputy for Harris County sheriff.

“Sandeep changed our Sheriff’s Office family for the better, and we continue striving to live up to his example of servant leadership. May he Rest in Peace,” Gonzalez tweeted.

Solis, who dismissed his lawyer and presented a bizarre defense while admitting he had fired the shot that killed Dhaliwal, defiantly told the jury after the guilty verdict on October 17, “since you believe I’m guilty of capital murder, I believe you should give me the death penalty”.

And the jury obliged him.

He could appeal to higher courts all the way including the US Supreme Court and if the sentence is upheld the execution will be by the injection of Pentobarbital, a lethal drug.

Solis shot Dhaliwal in the back of the head in December 2019 near Houston as the officer was returning to his vehicle after a traffic stop.

The trial was held in two phases: In the first, the jury considered the charges and the evidence and found him guilty, and in the second, it decided on the sentence after considering more evidence about Solis who, according to ABC13 TV has arrest records going back at least 25 years.

Solis was convicted in a kidnapping and assault case in 2002 and sentenced to 20 years but was paroled in 2014.

When he killed Dhaliwal, there was a warrant for his arrest in connection with an assault complaint by a former girlfriend.

During the proceedings for determining the penalty, the court heard testimony from various sources to bolster the prosecution’s case for the death penalty.

Among them, the father of a former girlfriend blamed him for her death.

A woman reported being raped by Solis, which he admitted.

The mother of his three children told the jury he was a “psychopath” while describing his violent outbursts and said his children did not want to see him again.

Dhaliwal, who was 42 and had served as a sheriff’s deputy for 10 years when he was killed, is survived by his wife and three children.