HomeSportsDelhi Romps to 7-wicket Win Over Chennai in IPL 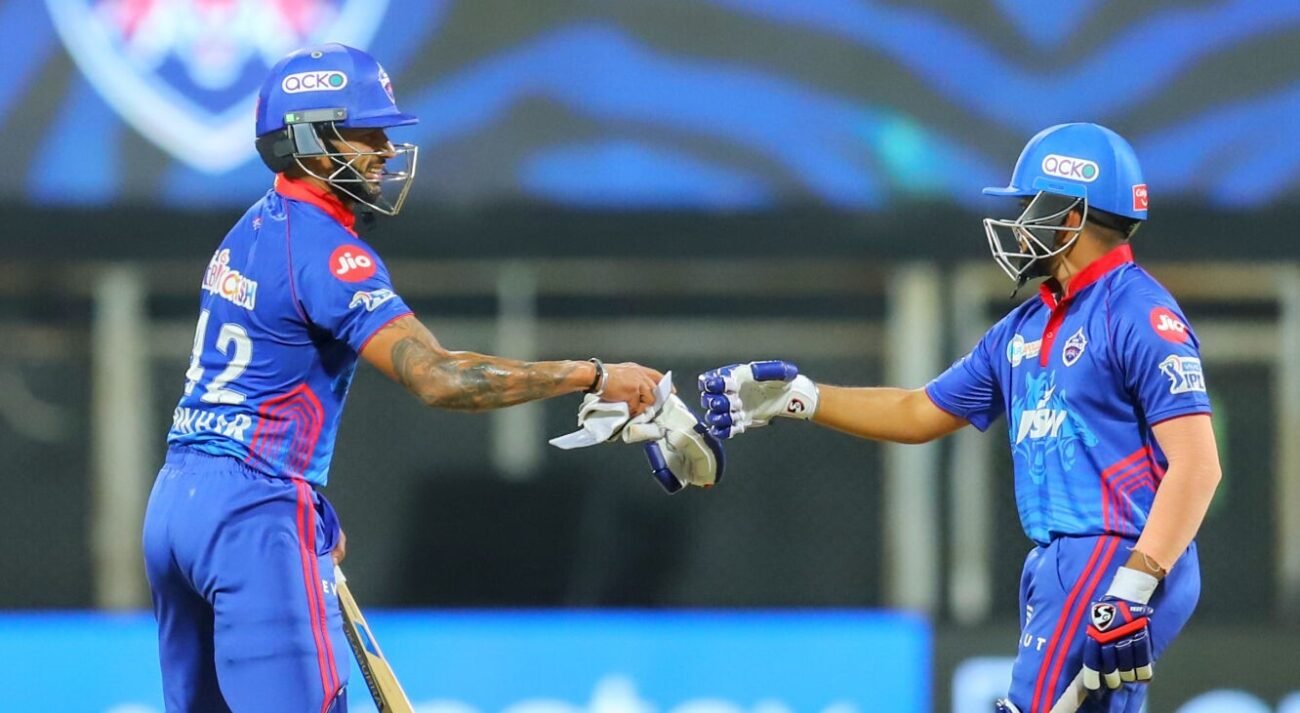 Shikhar Dhawan and Prithvi Shaw of Delhi Capitals during match 2 of the Vivo Indian Premier League 2021 between Chennai Super Kings and the Delhi Capitals at the Wankhede Stadium in Mumbai April 10. (ANI photo/DC Twitter)

Chennai, after being put into bat, owed its total of 188-7 to veteran Suresh Raina’s 54 and a rapid 34 off 15 balls by Sam Curran in the death overs.

Ravichandran Ashwin (1-47) and Tom Curran (1-40) proved expensive for Delhi, but new ball bowlers Chris Woakes (2-18) and Avesh Khan (2-23) brought their team back in the game with steady bowling.

Khan, the 24-year-old fast bowler, had the key wicket of Faf du Plessis off his fourth ball before he returned and knocked back the stumps of captain Mahendra Singh Dhoni as both experienced Twenty20 batsmen went without scoring.

Dhawan and Shaw took the game away from Chennai with their aggressive opening stand of 138 runs. India’s white-ball specialist Shardul Thakur was smashed for 11 boundaries off his 3.4 overs as the fast bowler conceded 53 runs before getting Dhawan lbw in the 17th over.

Shaw, who was twice dropped, hit nine fours and three sixes before Moeen Ali finally hung onto a catch at deep cover off Dwayne Bravo.

Rishabh Pant, who was handed the captaincy for this season’s IPL after Shreyas Iyer was ruled out due to injury, made an unbeaten 15. He raised the victory with a straight boundary against the expensive Thakur.