Dr. Pritam Rohila Of Salem, OR., Passes Away 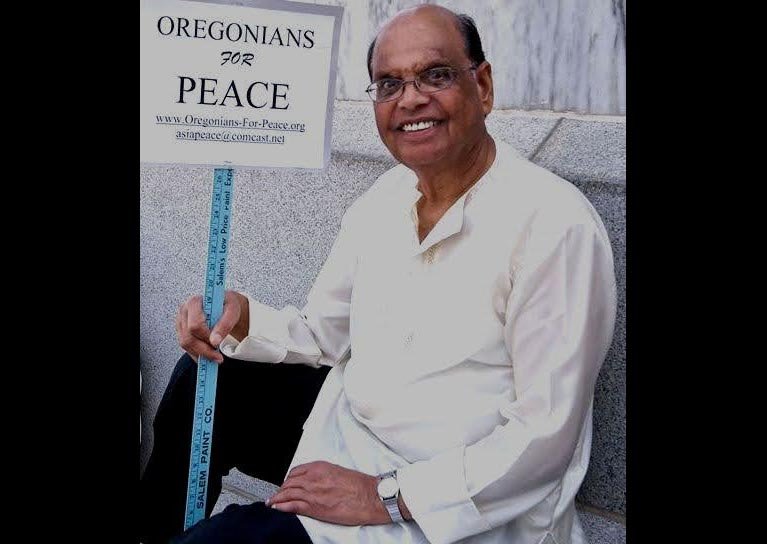 Dr. Pritam Rohila Of Salem, OR., Passes Away

SALEM, OR – Indian American peace activist and retired neuropsychologist, Dr. Pritam Rohila passed away on October 29, here. He was 87. Originally from Rupar in India, he had lived in the Northwest since 1967.

Rohila’s worldview was shaped by reports and personal experiences of the treatment of minorities around the world. It was also moderated by his travels through 76 countries, his daughter Vineeta Lower, who ran for a seat in the Oregon legislature in 2018, said in a statement.

Having witnessed the horrors of partition firsthand as a child, he was moved once again by the destruction of the Babri Mosque in India in 1992, to found with others, the Association for Communal Harmony in Asia in 1995. He and his wife, Kundan, traveled extensively in India and Pakistan to meet with human rights activists, and to conduct peace camps for young adults. In 2014, he extended his peace and harmony work to Salem, OR.

A selection of his writings, which appeared in a variety of forms, published and unpublished, between 1999 and 2021 are included in his book, ‘My Quest for Peace and Social Justice.’

He also founded Oregonians for Peace and published the Oregon Peace Calendar featuring and in collaboration with local peacemakers, he organized the annual “34 Days for Peace,” starting the International Day of Peace through the United Nations Day and the Peace Festival, which celebrates ethnic and cultural diversity through music and dance.

The peace work done by Rohila received much recognition by various peace organizations throughout India and Pakistan, as well as being recognized as a peace partner by Unity of Salem and the Salem Chapter of the National Association for the Advancement of Colored People.

Finally, he defined peace as “a dynamic and multidimensional process of relating within and between individuals, groups, and nations, and with the environment,” the statement said.

Rohila is survived by his wife Kundan, their four children and their spouses, five grandsons, two granddaughters and four great-grandsons