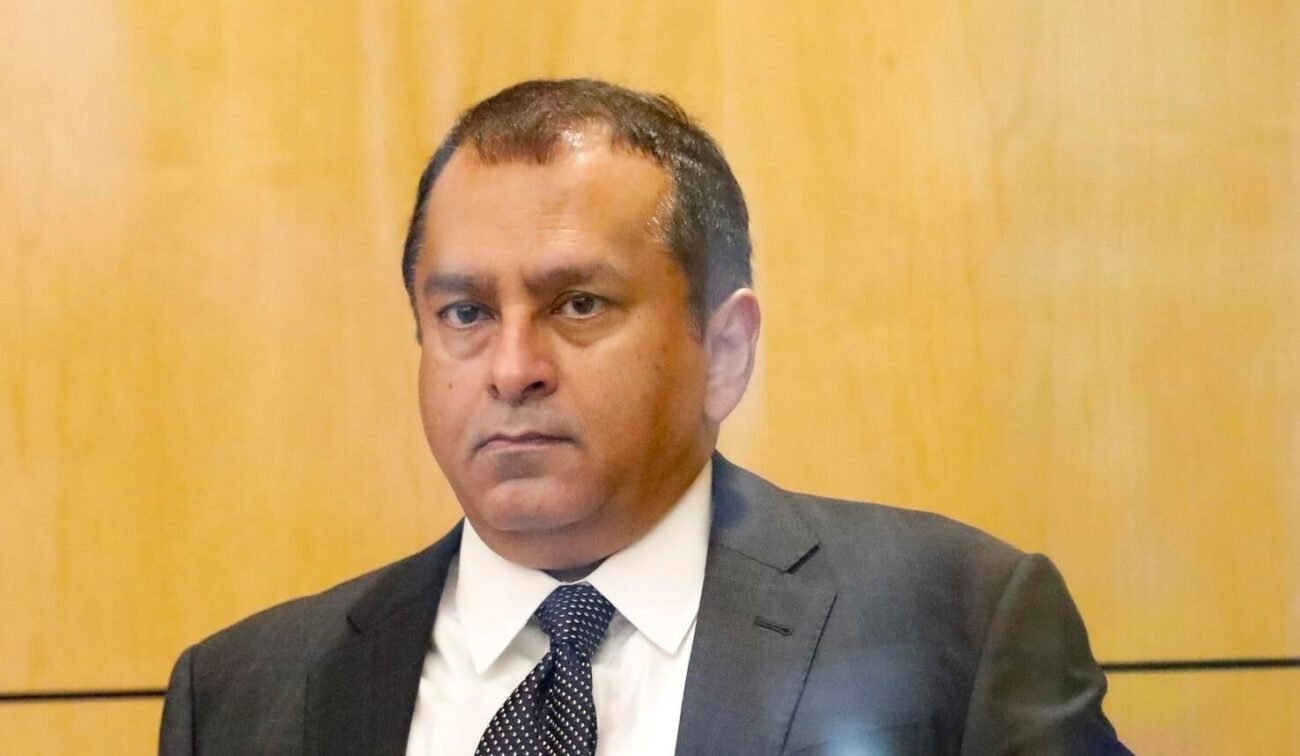 SAN JOSE, Calif. (AP) — Disgraced entrepreneur Elizabeth Holmes described herself as the abused puppet of her former lover and business partner Ramesh ‘Sunny’ Balwani in tearful testimony Nov. 29, part of her attempt to refute accusations that she lied about a flawed blood-testing technology she had hailed as a major breakthrough.

After recounting how she met Balwani while she was still in high school, Holmes said she eventually fell under his sway after she dropped out of Stanford University in 2003 to found Theranos, a Silicon Valley startup she led as CEO for the next 15 years.

A weeping Holmes, now 37, testified she was raped at Stanford — a factor she believes played a role in what she characterized as her later subservience to Balwani, now 56. The two became romantically involved in 2005 before Balwani became chief operating officer at Theranos, a position he held from 2009 to 2016.

Even before joining Theranos, Balwani was regularly berating Holmes as an inept executive who needed to “kill” her former self in an effort to become more disciplined and focused, according to her testimony and contemporaneous notes with strict instructions for Holmes handwritten by Balwani.

“He felt like I came across as a little girl and thought I needed to be more serious and more pointed,” Holmes explained as she read through Balwani’s demands. They included spending at least 30 minutes each morning writing out her daily goals and never spending more than five minutes meeting with anyone unless she had written down a reason justifying the additional time.

If she didn’t do what Balwani said, Holmes said, he would yell and tell her he was “so disappointed in my mediocrity.”

At other times, Holmes said, Balwani would liken her to a “monkey flying a space ship” and tried to cut her off from her family in an alleged effort to ensure that she devoted herself full-time to Theranos. She also said he controlled her diet in an attempt to keep her “pure.” Sometimes after Balwani belittled her, Holmes testified, he would force her to have sex against her will to show he loved her.

The dramatic turn came during the fourth day of Holmes’ testimony before a jury weighing fraud charges that include swindling investors and customers while putting patients at risk by telling elaborate lies about the company’s development of an allegedly revolutionary blood-testing device. Holmes could face a prison sentence of up to 20 years if convicted.

The 14 jurors, including two alternates, listened attentively but with little visible emotion as Holmes described her relationship with Balwani.

Balwani faces fraud allegations mirroring those against Holmes in another trial scheduled to begin early next year. He and Holmes ended their relationship in May 2016 after she moved out of the Silicon Valley home that they shared for years while keeping their romantic relationship concealed.

Federal prosecutors wanted to try Balwani alongside Holmes, but U.S. District Judge Edward Davila separated the proceedings because of the possibility that Holmes would blame some of her behavior on “intimate partner abuse.”

Jeffrey Coopersmith, Balwani’s lawyer, has vehemently denied Holmes’ abuse allegations. Although Coopersmith was present for Holmes’ testimony Nov. 29, Balwani couldn’t be there because he is prohibited from being in the courtroom in Holmes’ presence.

Holmes’ portrait of Balwani stood in sharp contrast to other testimony indicating that he always deferred to Holmes — the subject of flattering business profiles likening her to a female version of Apple co-founder Steve Jobs, who she adopted as one of her role models.

Holmes briefly became a paper billionaire while promising that Theranos could provide more convenient and cheaper tests scanning for hundreds of potential health problems using just a few drops of blood. Conventional tests typically require a vial of blood drawn from a vein.

Her pitch helped Theranos raise nearly $1 billion from sophisticated investors and attract an impressive board of directors including former Cabinet secretaries from the administrations of presidents from Richard Nixon to Donald Trump. The company collapsed after a series of explosive articles in the Wall Street Journal and regulatory audits revealed rampant inaccuracies in Theranos’ blood tests.

In her testimony, Holmes said most people didn’t realize how much Balwani controlled her because most of his alleged abuse occurred outside the office. Her condemnation of Balwani contrasted with some of the treacly texts she sent addressing him as “tiger.”

Under questioning by one of her attorneys, Holmes acknowledged that Balwani never told her what to say to the investors she is now accused of deceiving. She also testified that Balwani didn’t influence her discussions with Walgreens and Safeway, two major retailers that agreed to use Theranos’ blood-testing technology before backing out after discovering it wasn’t performing as she promised.

Holmes instead says she did everything she could to clean up the problems at Theranos in an effort to realize her ambitions. But she also said she couldn’t explain all the different ways Balwani affected her during the years they were together.

“He wasn’t who I thought he was,” Holmes said, adding that Balwani “impacted everything about who I was and I don’t fully understand that.”

Holmes returned to the witness stand Nov. 30 and, under questioning by prosecutors, struggled to recall key events that led to her facing criminal fraud charges.

In between bouts of hazy recollection during the cross-examination, Holmes wept on the witness stand after the federal prosecutor interrogating her asked to read aloud some of the amorous texts that she and Balwani exchanged during a five-year period while they were running Theranos and living together in a stealth romantic relationship.

“U are God’s tigress and warrior. You are extraordinary,” Balwani cooed to Holmes in 2015 documents displayed in court Nov. 30. Holmes quickly responded with this text: “Coming from my tiger means the whole universe to me.”

While poring over the old texts, Holmes occasionally dabbed away tears and wiped her nose with a tissue. The jury watched and listened along with a packed courtroom that included one person who trained a pair of binoculars on Holmes from a back row.

Robert Leach, the government lawyer confronting Holmes, didn’t touch upon Holmes’ alleged rape nor her testimony about Balwani berating her, sometimes in profane terms. Instead, he used roughly 12,000 texts sent between Holmes and Balwani to counter her contention that they had a relationship that was more toxic than romantic.

At one point, Leach asked Holmes if she would be surprised if the word “love” appeared 594 times in the texts obtained by the government and the word “loving” was used 105 times. “No,” Holmes said with a slight smile.

But Holmes spent much of Nov. 30 responding “I don’t remember” and “I don’t know” to Leach’s questions about key incidents in the startup’s history. She claimed forgetfulness so frequently that Leach made the phrase “let’s see if I can refresh your memory” a common refrain as he presented her with document after document related to the fraud charges.

Leach seemed intent on proving that Holmes she knew she was making false statements to investors and Walgreens, which briefly used Theranos’ blood tests in its pharmacies.

Holmes’ apparent forgetfulness contrasted sharply with her clear recall of her interactions with Balwani — some of them dating back more than a decade.

But she also seemed to have reflected on her behavior at Theranos. She expressed remorse for the way she responded to the concerns of two former employees and her attempts to stop the 2015 publication of a Wall Street Journal expose that helped lead to Theranos’ collapse.

“I could not say more strongly the way that we handled the Wall Street Journal process was a total disaster. We really messed up,” Holmes said.