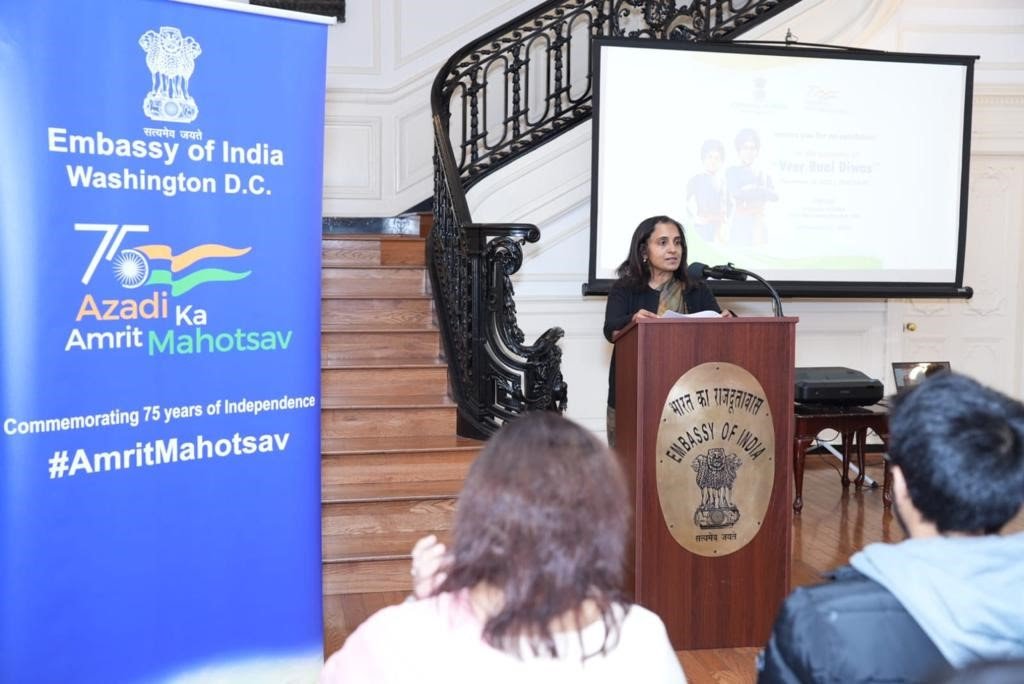 WASHINGTON, DC – The Indian embassy on December 26 observed the Veer Bal Diwas as attendees paid tributes to the unparalleled sacrifices made by Sahibzade – the beloved sons of Sri Guru Gobind Singh.

Charge d’Affaires Sripriya Ranganathan highlighted the various initiatives implemented by the Government of India which have facilitated the commemoration of sacred festivals of Sikhism- including the opening of Kartarpur Sahib Corridor; the celebration of 550th birth anniversary of Guru Nanak Dev across the world; the commemoration of 400th birth anniversary of Guru Teg Bahadur and the bringing back of the three ‘Holy Swarups’ of the Guru Granth Sahib from Afghanistan with full honors in August last year.