HomeFoodExodus And That Cup of Tea: Chef Sandeep Pandit

Exodus And That Cup of Tea: Chef Sandeep Pandit 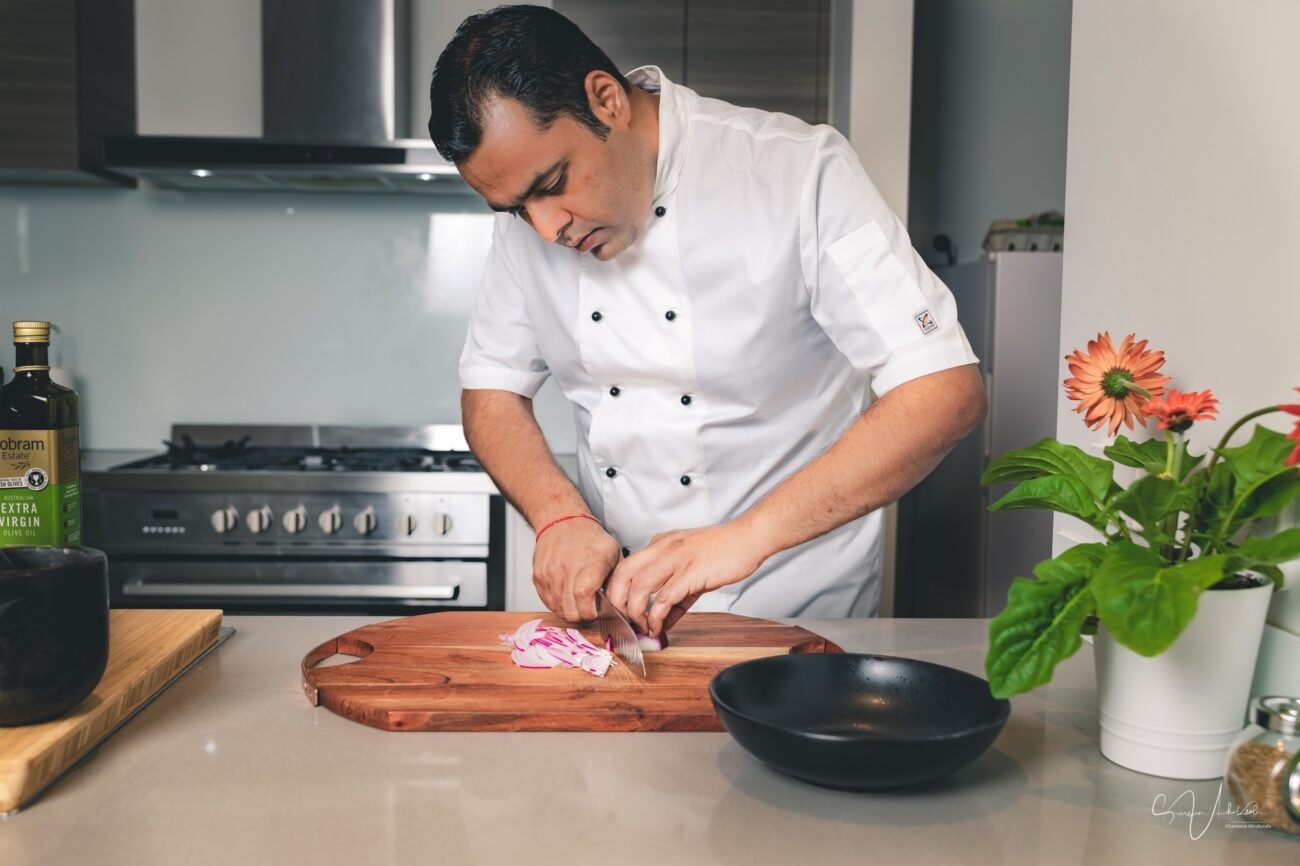 Exodus And That Cup of Tea: Chef Sandeep Pandit

NEW DELHI (IANS)- There is a peculiar link between his family’s exodus from Kashmir and his getting into cooking. When he moved to Bangalore from the Valley in face of growing threats to the Pandit community, things were bleak, and food was hard to come by. Chef Sandeep Pandit recalls that his parents would often work overtime.

“I clearly remember making a cup of tea for my mother when I was nine years old. She was quiet and moved to tears. That was a very powerful moment in my life, and I started believing in the power of food to change moods and influence them. Kitchen has since then become my happy place and I have never looked back,” recalls Pandit, a former MasterChef Australia contestant.

When Gary Mehigan tasted his ‘Smoked Masala Lobster’ in one of the episodes, he had said, “The angels are singing somewhere. “The Australian media christened him ‘The Spice Angel’, and now he has launched the brand of spices ‘The Spice Angel’ in India too.

Stressing that the ability of food to influence someone’s mood and feelings continues to fascinate him, he considers food spiritual. “I believe what you eat is what you become,” says Pandit, who studied chemical engineering and followed it up with an MBA degree.

Recalling his experience as a MasterChef Australia participant, the chef says that while one hand it was humbling, it also helped him become a household name in many parts of the world. “I realized that there’s so much more that I needed to learn about Indian and global cuisines. It also opened my eyes to the magnificent Australian local and native produce. I was sharing the kitchen with some of the finest chefs on the planet.”

Talking about changing food trends and eating habits post the Covid-19 pandemic, the chef says that more people have taken up cooking and many are now suddenly conscious of what they are consuming.

“Having said that, I do not think a vast majority is moving towards healthy eating. With the majority of the world (me included) working from home, managing a healthy lifestyle has become harder than before. I just hope that we all get used to this idea of hybrid working soon and modify our eating habits accordingly.”

Stressing that chefs and the government can take several measures to make Kashmiri cuisine more popular, he feels that those in the kitchen must ensure that traditional food and techniques (Kashmiri and others) find a place in the food curriculum at various culinary schools.

“I think many institutions are obsessed with everything French, Continental or Tandoori. The government must work towards getting GI (Geographical Indication) tags for Kashmiri produce like Kashmiri Chillies,” says the Chef, who is hoping to start a cloud kitchen and his own restaurant in the near future.