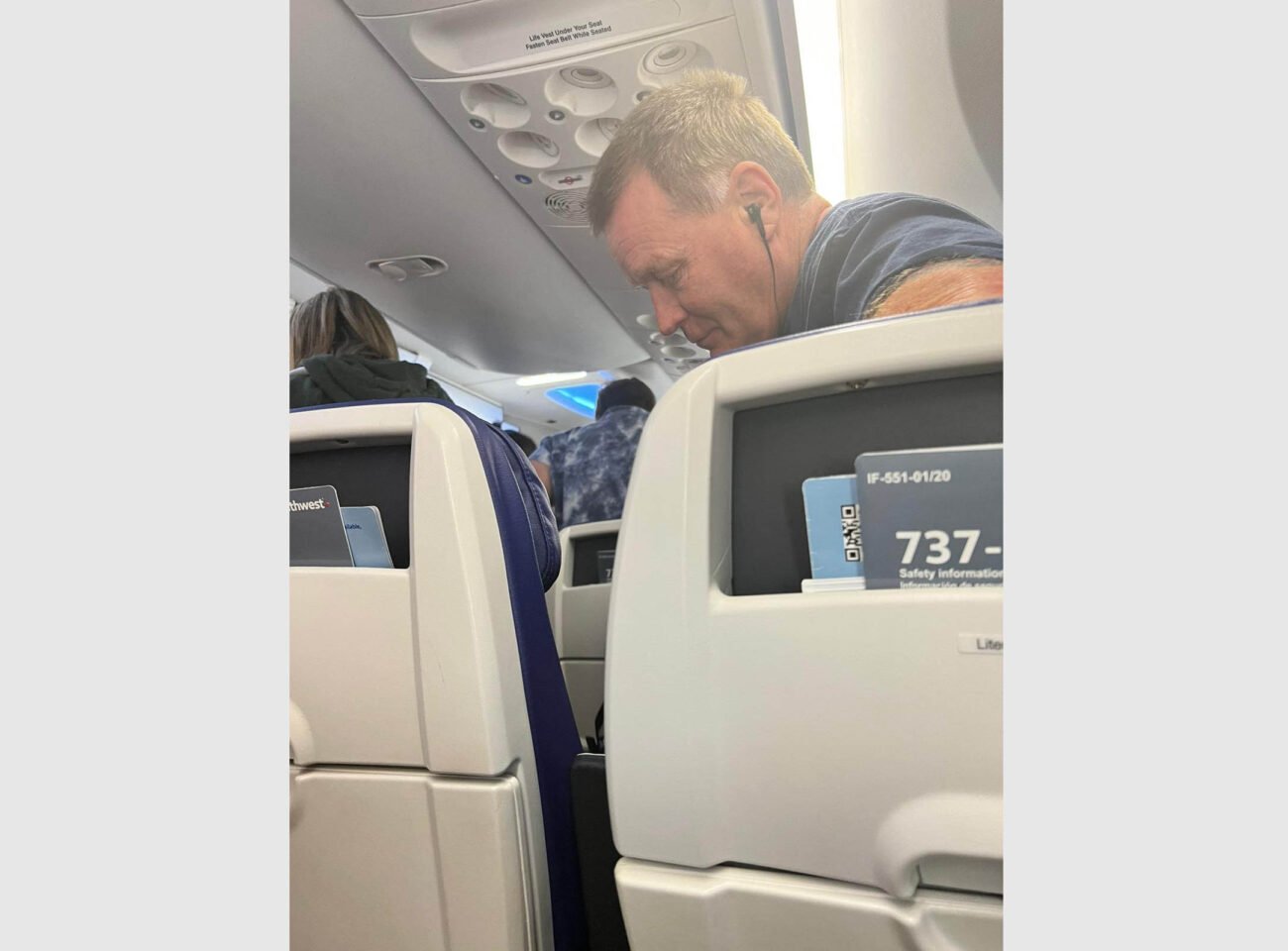 MOUNTAIN VIEW, CA – In a series of tweets on September 24, Google software engineer Faraaz Sareshwala charged a passenger with physically and verbally assaulting his wife who was traveling on a Southwest Airlines flight from Orlando to Phoenix.

Saarah Sareshwala, a software engineer, was returning from a three-day “Grace Hopper Celebration of Women in Computing” conference in FL, when she was subjected to racial slurs from the man sitting ahead of her, her husband said in a lengthy twitter thread along with a picture of the man he said who had targeted his wife.

The FBI is now investigating the incident.

The trouble began when the man “violently pushed his seat back” making “racial slurs (and) misogynistic comments,” while Saarah slept with her head on the tray table.

Fellow seat mates, a mother-daughter duo sitting next to her witnessed all of it and challenged the man but he dismissed them and said, “‘the fu*king bitch got what was coming for her,’” Sareshwala tweeted. After struggling to get help from flight attendants, Saarah and her seatmates began passing notes back and forth to communicate about the issue, he said.

“Only when the mother brought up (to another flight attendant) that this was actually physical assault, they offered to call the police,” he wrote.

After landing, the police escorted Saarah Sareshwala to a safe area to get her story and barred the aggressor and his wife from leaving. They took everyone’s stories and noted that “because the incident occurred above the Gulf of Mexico, it was out of their jurisdiction and the FBI would have to get involved instead.”

“We don’t have an FBI case number, but the Phoenix police said that if the FBI thinks there is enough evidence to press charges they will reach back out,” Sareshwala said in a tweet.

“We still don’t know why he became so violent. However, I do know that my wife has never felt so violated, voiceless, and powerless,” he wrote.