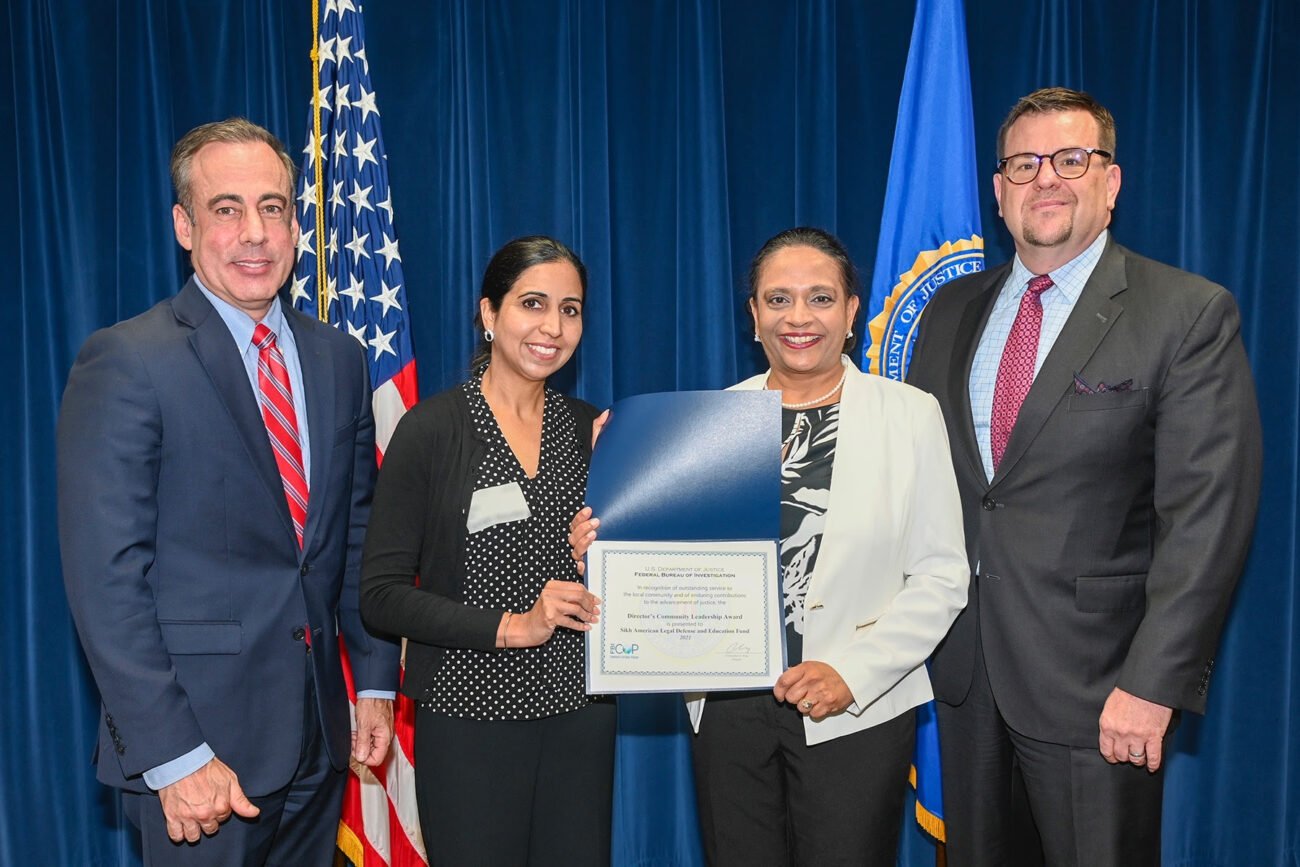 WASHINGTON, DC – The Sikh American Legal and Defense Education Fund on June 27 was awarded the the 2021 FBI Director’s Community Leadership Award for the Washington Field Office.

Assistant Director in Charge Steven M. D’Antoni, giving the award said, “The FBI and SALDEF have different functions, but we share a common goal: protecting the lives and liberties of the American people. SALDEF has served as a bridge between FBI personnel and Sikh Americans, helping us learn more about the people we serve and helping them learn more about the work we do to safeguard their community.”

From December 2020 to December 2021, SALDEF representatives participated in multiple FBI WFO Cultural Engagement Councils, which led to valuable feedback regarding interactions between law enforcement personnel and Sikh Americans, a press release said. As a result, SALDEF held a presentation about Sikhism, Sikh American culture and history for dozens of FBI personnel and cited best practices for interacting with Sikh Americans.

SALDEF began bringing together law enforcement personnel and local communities through its Law Enforcement Partnership Program in 1999. SALDEF representatives have partnered with organizations throughout the country and trained more than 100,000 federal agents and local officers about best practices in cultural awareness and community relations.