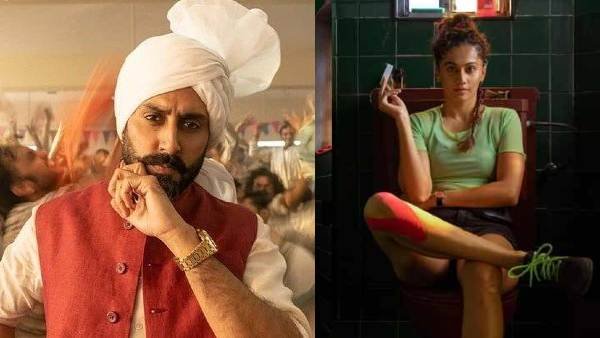 In the film, Abhishek portrayed the role of Ganga Ram Chaudhary, an ‘aathvi pass’chief minister who is put behind bars for his involvement in a scam.

Nimrat played Bimla Devi, Chaudhary’s wife who takes over as chief minister while he is in jail.

Taapsee Pannu is gleaming with pride at her recent awards achievement.

She secured a win in the ‘Best Actor, Web Original Film (Female)’ category for her role in the film ‘Looop Lapeta’.

The actor credited the producers, writers, and director Aakash Bhatia for helping properly adapt the character ‘Lola’ from the original German experimental thriller to ‘Savi’ for their project. She went on to call the film the ‘coolest’ she has ever done, with the ‘coolest bunch of people on set’.

Taapsee had previously won the trophy for her roles in the 2020 film ‘Saand Ki Aankh’ and the 2021 film ‘Thappad’.