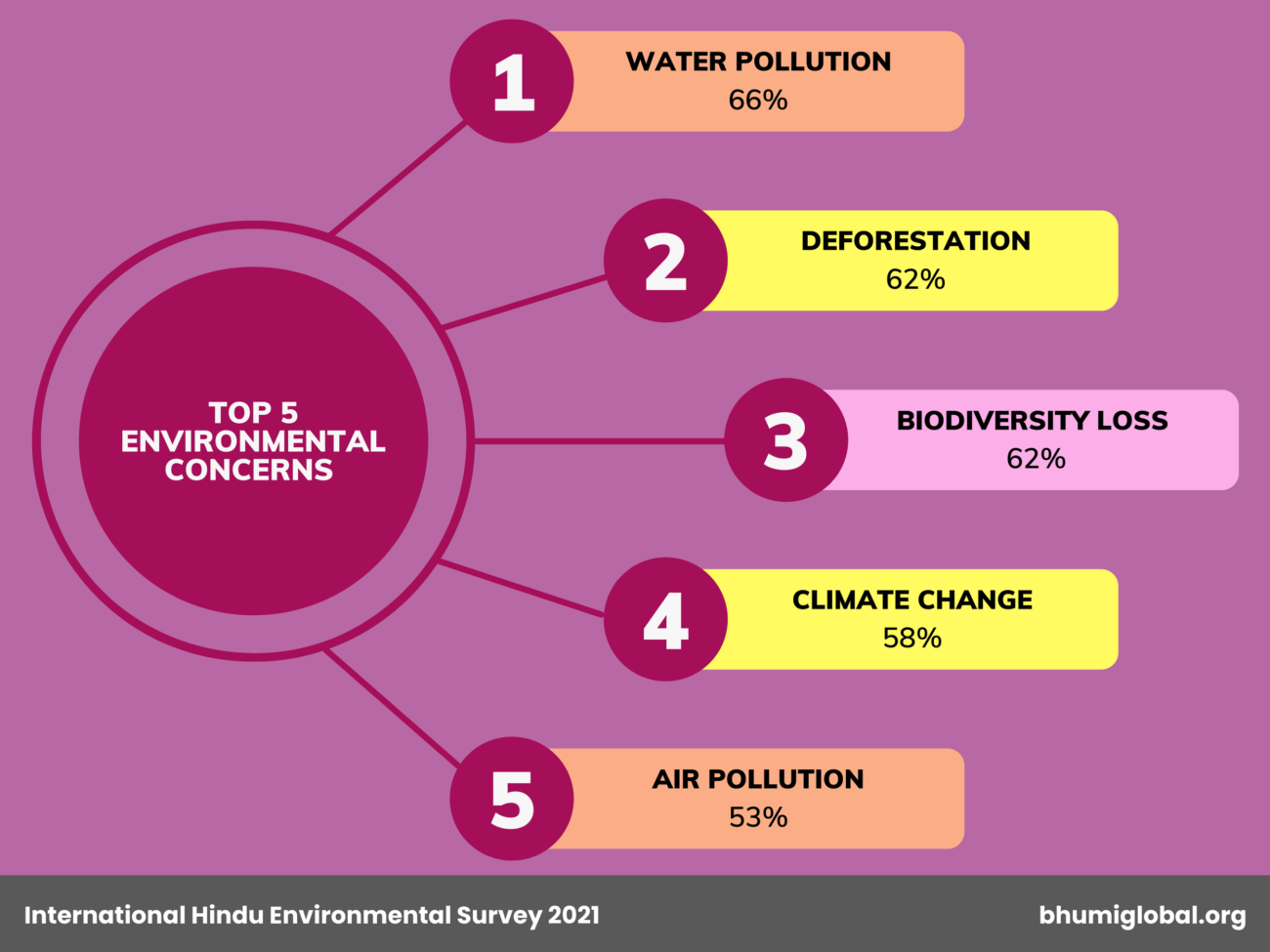 WASHINGTON, DC – According to a new Bhumi Global survey, Hindus around the world see global environmental issues as an urgent concern. The poll, which was conducted last year and analyzed over the past few months, is the first such global survey conducted among Hindus.

Participants of the survey represented the gamut of the Hindu population, including India, the US, Canada, South Africa, the United Kingdom, and Mauritius.

The survey analysis revealed some of the most common Hindu sentiments, which include concerns about water pollution, biodiversity loss, deforestation, climate change, and air pollution. Among the most important findings of the survey include:

● 98 percent of respondents said they were concerned or very concerned about environmental issues.

● All of the respondents in the survey said environmental issues need to be addressed urgently.

● 95 percent said they would change their lifestyles to better help the environment.

● About ¾ of respondents said they would better educate themselves on how to further help the environment.

● The same number said they would more actively recycle and avoid single-use plastics.

● Respondents were more likely to get their information about the environment from social media than religious leaders.

Gopal Patel, Bhumi’s Co-founder and Director, says the survey results underscore the global Hindu community’s concern about the environment but noted that more needs to be done by Hindu organizations to tie these concerns to daily practices. Patel said, “Supporting groups such as Bhumi Global, the world’s largest Hindu environmental advocacy group, is a multi-generational investment that can help bring Hindus of different ages, sects, and ideologies together. The survey results show that Hindus worldwide are looking for this leadership.”

Bhumi Global is an international Hindu climate advocacy group with the mission to engage, educate, and empower people and communities to address the triple crisis of climate change, biodiversity loss, and pollution.