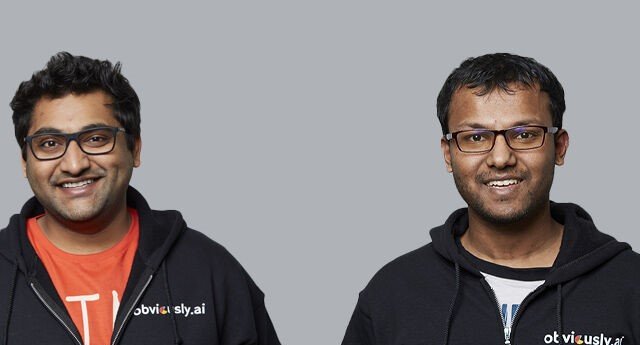 As India-West continues its reports on the Forbes ‘30 Under 30’ list for 2022 released earlier this month, over a dozen Indian Americans were featured in the category of Social Impact, Enterprise Technology, and Manufacturing & Industry.

Following are the Indian Americans selected for the list, by category:

*Rahul Gupta-Iwasaki and Mark Ulrich are cofounders of Every.org, whichaims to build accessible giving infrastructure for every charity, donor, and developer. For charities, Every.org provides free online tools that optimize peer-to-peer fundraising and processes donations of cash, cryptocurrencies, or stocks. For donors, Every.org enables them to explore and donate to over 1 million nonprofits. And for developers, Every.org has a Charity API that allows them to easily create unique giving experiences, said Forbes. The company, started by the Stanford grads, has helped over 1,600 nonprofits to raise over $4.5 M on its platform since launching in March 2020.

*Anisha Gupta, cofounder of Bluebird Climate, aims to decarbonize the consumer products industry through her climate tech company Bluebird Climate. Bluebird is building a software that is helping brands tackle the 95% of company emissions that live within their products and supply chains, and allows them to minimize the impact of their operations on the planet, noted Forbes.

* Tsion Behailu, Aparna Dhinakaran and Manisha Sharma, founding team of Arize AI. The startup, which enables customers to monitor the performance of AI models using software that looks for things such as unforeseen biases in algorithms, has $24.5 million in funding from Battery Ventures, Foundation Capital and Trinity Ventures, among others, said Forbes.

*Yunyu Lin and Rahul Sengottuvelu, cofounders of Cohere, whose software allows customer-support and onboarding teams to view and control customers’ computer screens without any need for clients to download a remote access code. It has $3.5 million in funding, according to Forbes.

* Nirman Dave and Tapojit Debnath Tapu, cofounders of Obviously AI, hope to enable people without technical knowledge to build AI models that can be integrated into existing cloud services and databases.

*Amrutha Vasan and Aditya Vishwanath are cofounders of Inspirit, whichprovides a user-generated collection of K-12 science coursework and supplements such as virtual labs and VR simulations, using video to hold the attention of young users, noted Forbes.

* Manu Meel, CEO of BridgeUSA. Anger and violent protests on the campus of the University of California, Berkeley in 2017 over a planned visit by right-wing provocateur Milo Yiannopoulos inspired then-freshman Manu Meel to establish BridgeCal, the third chapter (after Notre Dame and the University of Colorado-Boulder) of a nationwide 501(c)3 movement on college campuses that aims to promote democracy, not partisanship, said Forbes. After graduation, Meel became the national lead of San Francisco-based BridgeUSA as it expanded to 43 chapters in 19 states.

* Rohan Gupta,Anil Jason and David Silinare cofounders Quillbot. Gupta sold his AI writing startup Quillbot to Course Hero in August, a year after raising $4.25 million in a seed funding round, according to Forbes. When users paste in text, Quillbot’s AI can paraphrase writing to improve syntax and style, summarize long papers and articles to pull out the main ideas, check spelling and grammar or create citations.

* Rajat Bhageria founded San Francisco-based Chef Robotics to automate food service. The nearly three-year-old firm has raised $7.7 million from Kleiner Perkins and others to bring robots to the kitchen with the goal of increasing production, enhancing consistency and minimizing food waste, according to Forbes.

* Anvesh Gurijala and Michael Segal are cofounders of Boston Materials, which was founded in 2016 and has since raised $14 million. Their first material, called Z-axis Fiber, made with reclaimed feedstock, is unlike any metal, polymer or composite and enables applications that include keeping electronics cool and making highly effective hydrogen fuel cells, noted Forbes.