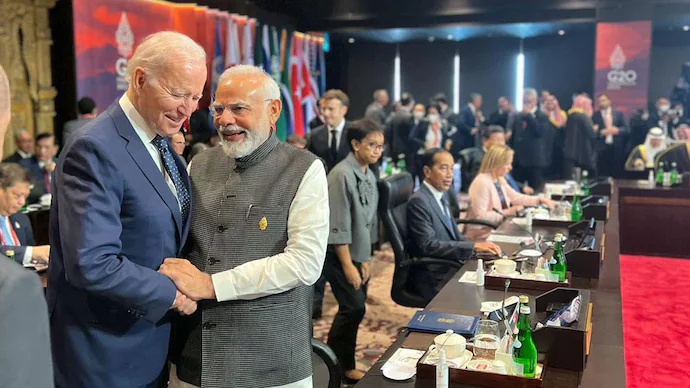 NEW DELHI, (ANI) – Prime Minister Narendra Modi and US President Joe Biden expressed satisfaction about the close cooperation between India and US in new groupings such as the Quad, and I2U2 and reviewed the India-US strategic partnership on the margins of the G20 Summit in Bali on November 15.

As per the official statement, Modi thanked Biden for his constant support for strengthening the India-US partnership and expressed confidence that both countries would continue to maintain close coordination during India’s G-20 Presidency.

Indonesia’s President will hand over G20 Presidency to India at the closing ceremony of the Bali summit. India will officially assume the G20 Presidency on December 1.

Modi and Biden also shared a warm hug as the G20 Summit began in Bali.