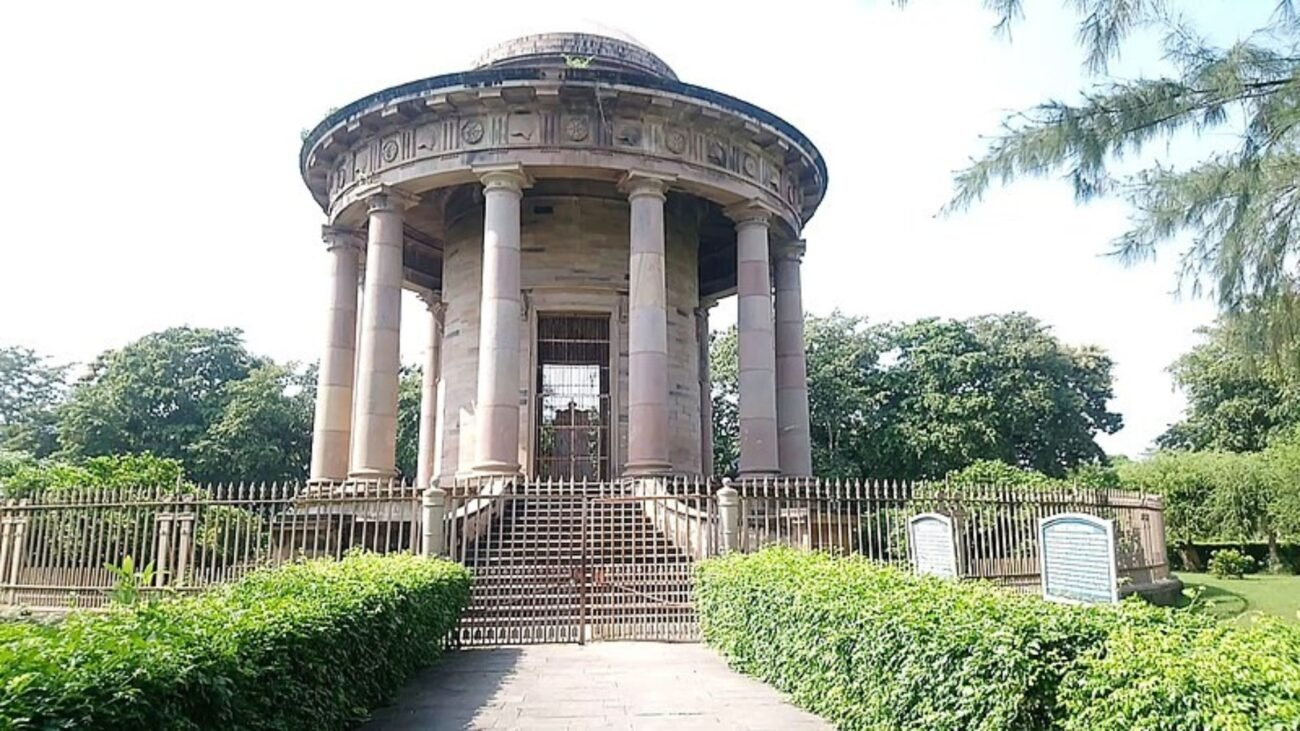 British and Portuguese towns of India have very interesting stories.

An interesting city is Ghazipur, just east of Varanasi.  It is largely an agricultural district with a variety of perennial rivers that define the boundaries and historical spots including one where Humayun was defeated by Sher Shah Suri.

People worship and celebrate most of their festivals on the bank of these rivers. The main rivers are Ganga, Gomti, Gangi, Beson, Magai, Bhaisai, Tons and Karmnas. The Ganga and Gomti (Lucknow) flows from north-west to southeast in the district. Transportation on the Ganga from Allahabad (Prayagraj) and Benares (Varanasi) to Calcutta (Kolkata), including opium from Ghazipur which is on the way to the Bay of Bengal by steamers and ferries during the British period was usual.  In 1887 Rabindra Nath Tagore came to Benares from Calcutta through the Ganga route.

Lord Cornwallis chose to lead his post-retirement life as the Viceroy of India at this small quiet place near the river Ganga which has further moved south since, yet only a short distance away.  His mausoleum stands in a garden that has a small Christian settlement around it with a chapel/church.  A Vishal mega mart announces a modern shopping facility in the vicinity.

The well-known kewda/ pandanus oil is aromatic and used in food items and the manufacture of perfumes.  The movie ‘New Delhi Times’ that was banned is based on a news publisher that hails from Ghazipur, as does the famous warrior Abdul Hameed who devised the way to destroy the infamous indestructible “Patton” tank used by the Pakistani Army in the 1965 war.  Pandit Ravishankar was born in this town that hosts a thriving Bengali community, with artistic skills and traditions.

Ghazipur district is well known for bravery as on average every family had more than one member in the Armed Forces post-Independence, and many won bravery medals (often posthumous).

(From ‘Bandel: A Jewel of the Portuguese in Bengal’ by Sushmito Lahiry)