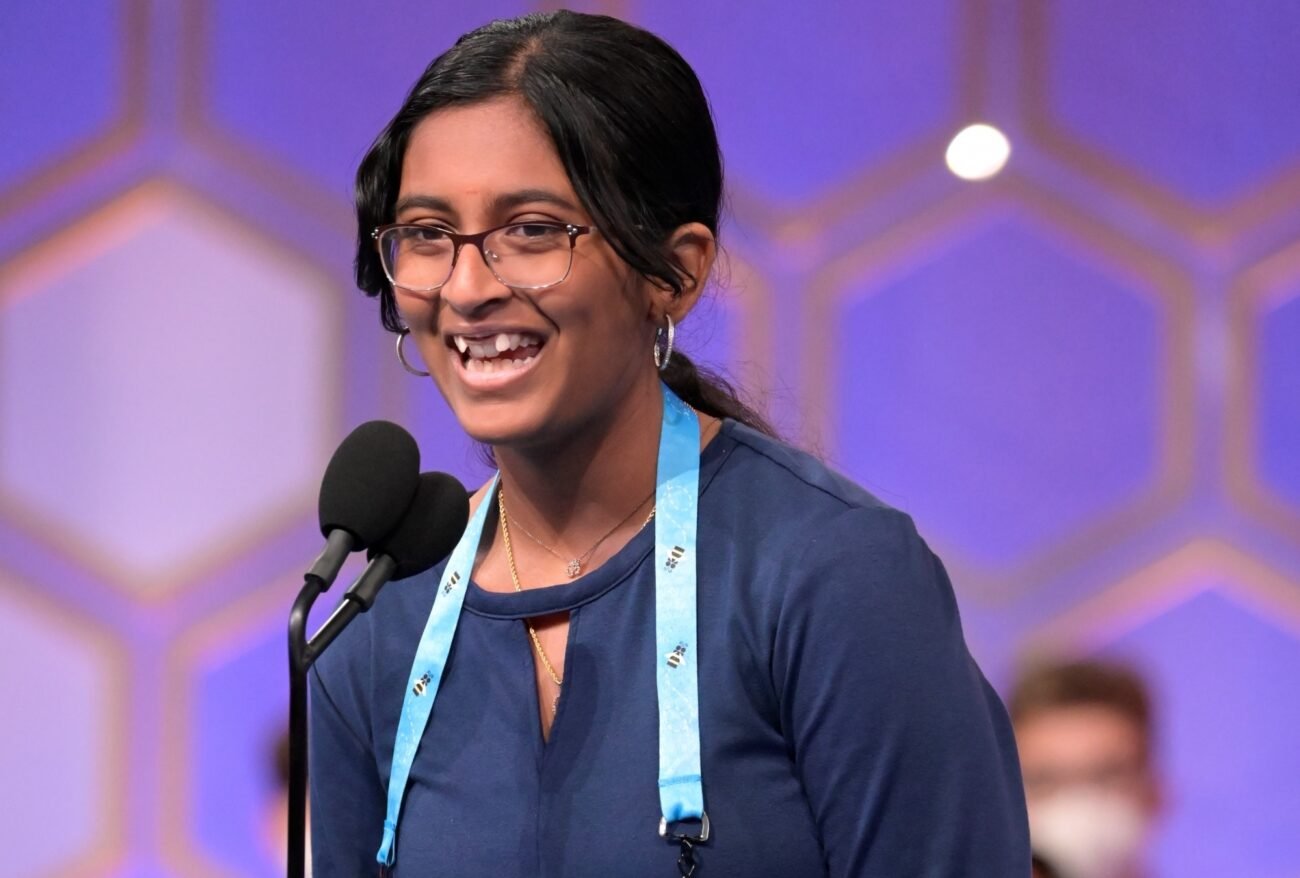 NEW YORK, NY (IANS) – An Indian American girl has won the US National Spelling Bee championship regaining the title for the community after two breaks in the streak of victories going back to 2008.

Harini Logan has declared the champion beating out 234 children who had won local contests, and she gets a prize package of $52,500.

Of the 14 finalists who survived three days of grueling contests in Washington, 11 were of Indian origin.

Logan, who is 14, is a class 8 student at a Montessori school in Austin, Texas.

Children of Indian origin have dominated the contest, which tests not only the rote memorization of spellings but also the knowledge of the origin of words and their structure and usage.

Since Balu Natarajan won it in 1985, 20 Indian-origin children have won it.

They monopolized it from 2008 to 2018, but in 2019 a non-Indian girl was among the eight co-winners. The other seven were of Indian origin.

There was no contest in 2020 because of the Covid pandemic and an African American girl won when it resumed last year.

The final elimination round this year had the children select the correct meaning of words from a list of choices, rather than just spell words.

Logan was initially knocked out in this round but was reinstated when the judges ruled that her answer was also correct.

She and Raju dueled for several rounds in which both either mis-spelled the words or got them right.

To break the deadlock, they went into a “spell-off” in which they had to rapidly spell correctly as many words as possible within 90 seconds.

Logan defeated Raju by spelling 21 words correctly to his 15.

The Spelling Bee, which has been held since 1925, is sponsored by the E W Scripps media company.