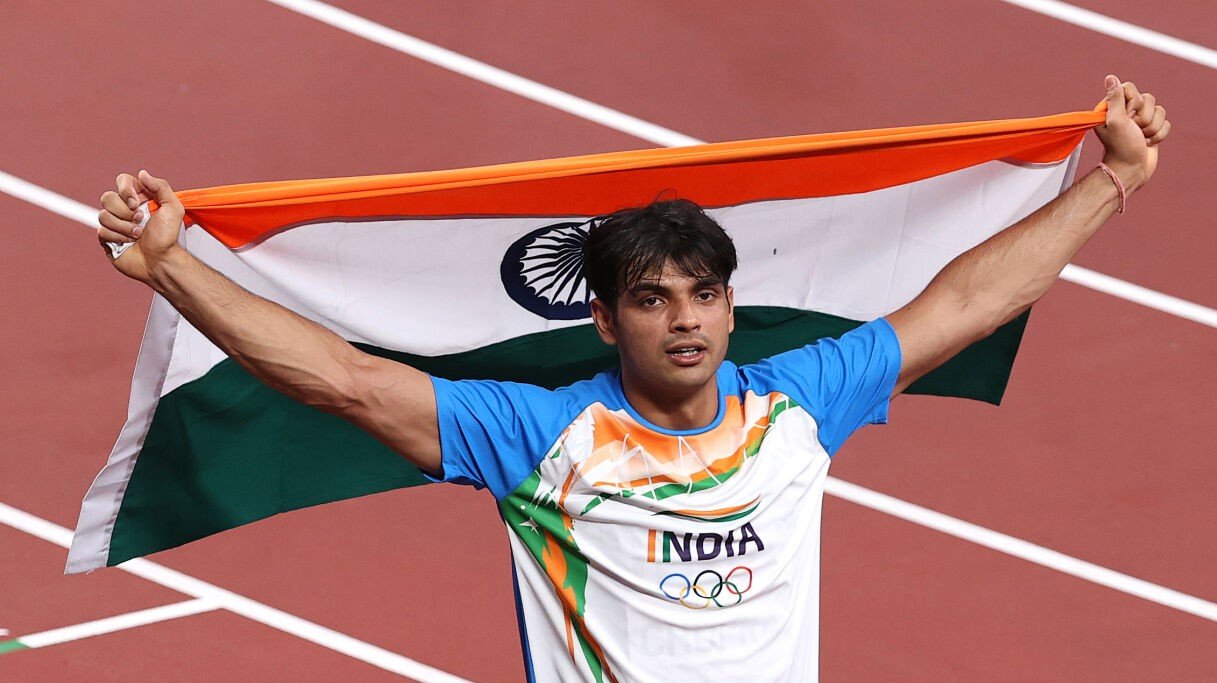 The star athlete from Panipat district in Haryana created history after he clinched the gold in the javelin throw with an attempt of 87.58 meters, becoming only the second Indian after Abhinav Bindra to win an individual gold medal at the Olympics.

Congratulating Chopra for his triumph, Khattar said he not only won the medal, but also won the heart of the whole country.

“The country was waiting for this moment for a long time and the whole country is proud of him,” he said.

“Gold! Neeraj Chopra… you have created history and made the whole country proud,” the chief minister tweeted.

“Your 87.58 m winning throw today will be part of the legends of the Track and Field arena. India owes you! Jai Hind,” he added.

Himachal Pradesh Chief Minister Jai Ram Thakur said that Neeraj Chopra has made the entire country proud by his historic performance at the Olympics.

“India has got a second gold after 13 years in individual event at the Olympics, which is a matter of pride for the whole country. This is a historic day for the country as it is India’s first gold medal in Olympic athletics. Neeraj’s achievement would inspire the youth of the country to move ahead in the field of sports,” he said.

Kerala Chief Minister Pinarayi Vijayan tweeted, “What a monumental victory! Neeraj Chopra has just won the first Olympic Gold Medal for India in athletics. The whole country is elated! Congratulations to Neeraj on this historic victory. You have inspired every Indian. Thank you.”

Taking to Instagram, Rahul Gandhi said, “Neeraj Chopra take a bow! A billion hearts beat for you today and each one of us couldn’t be more proud.”

“Neeraj Chopra brings home the gold! What an outstanding performance. History has been made. India is so proud of you. Congratulations,” Priyanka Gandhi tweeted.

“I join the nation in congratulating the Golden Boy, Neeraj Chopra, for winning the first ever Olympic gold medal for India in track and field. I also extend special congratulations to his coach, family members and well wishers.

“Olympic gold is the biggest achievement in the field of sports and Neeraj Chopra has made every Indian proud with his single-minded devotion, grit and herculean efforts. I am certain that the gold medal win will certainly motivate all our sportspersons to excel further,” Sonia Gandhi said in a statement.

Andhra Pradesh Chief Minister Y. S. Jagan Mohan Reddy said: “The nation stands proud for the 87.58 m throw of Chopra that has written the Indian track and field history with golden letters at the Tokyo Olympics.”

Terming Chopra’s achievement as a matter of pride for all Indians, Telangana Chief Ministers K. Chandrasekhar Rao said: “Chopra turned the century-old dream of Indians to win a gold medal in athletics into a reality. Indian sportspersons performing exceptionally well at the ongoing Olympics is a matter to cherish.”