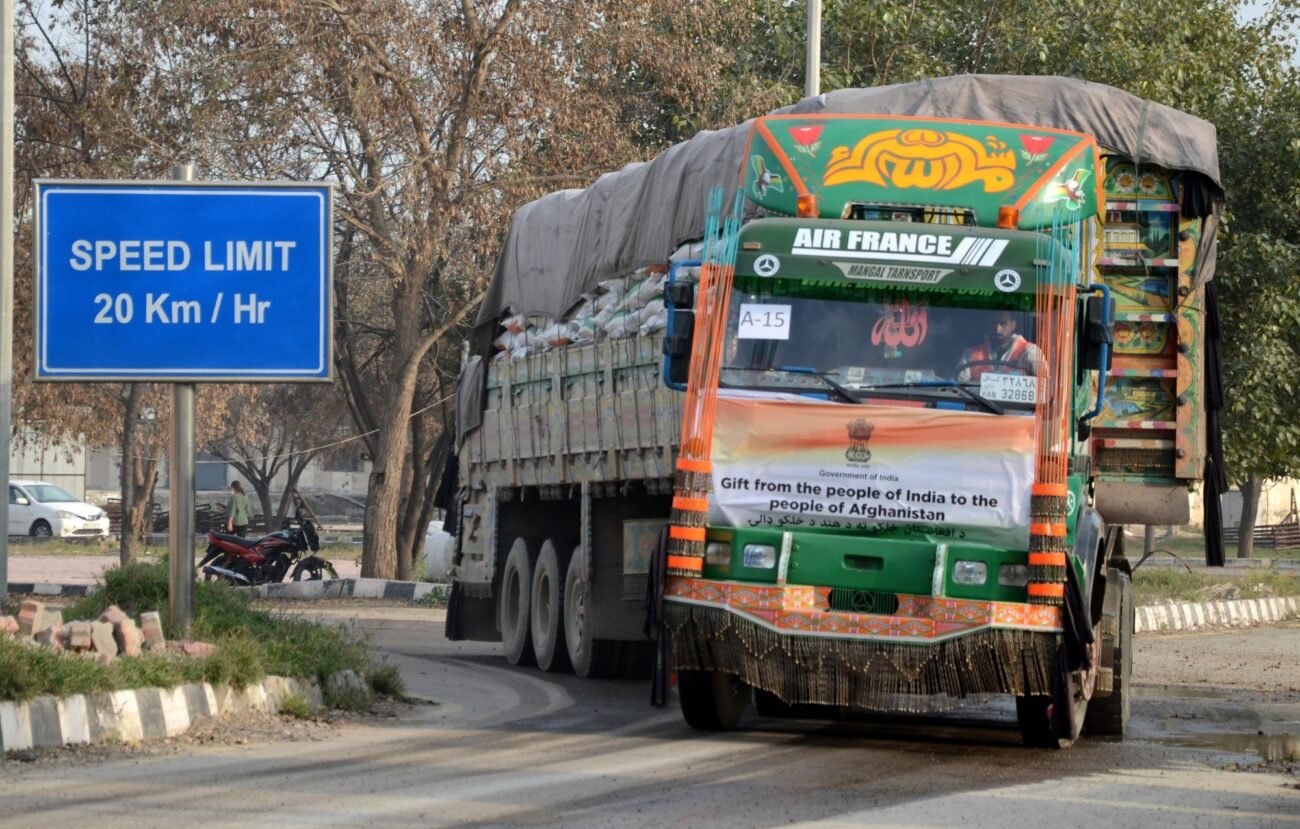 ISLAMABAD (IANS) – In an apparent display of its “hostility” towards India, Pakistan removed the banners inscribed with “India’s message of love” for Afghans from the trucks carrying humanitarian aid sent by India to Afghanistan.

The trucks carrying the aid had entered Pakistan’s territory a couple of days ago before continuing with their journey towards Afghanistan.

Bearing banners inscribed with the message “Gift from the people of India to the people of Afghanistan”, around 41 trucks, carrying 2,500 tons of wheat, had rolled into the Pakistani territory through the Attari-Wagha border on Feb.22. Farid Mamundzay, Afghanistan’s Ambassador to India, was also present on the occasion.

The consignment is part of the 50,000 tons of wheat promised by India as aid to Afghanistan.

The Indian government has been providing humanitarian aid to Afghanistan ever since the Taliban took over the country in August last year.

The Central government had sent a proposal to Pakistan last year regarding transit of wheat to Afghanistan, which had received a positive response.

Afghan trucks were allowed into the Indian side via Pakistan to collect the wheat. These were decorated with banners bearing a “Message of Love” from India. However, these trucks were delayed on the Pakistani side after they crossed the Attari border.

Sources said these trucks were sent to Afghanistan late on Feb.23 night, but only after removing the banners.

“Besides hinting its hostility towards India, this gesture of Pakistan made it quite evident that it opposes India’s bonhomie with Afghanistan,” they added