How India Dressed Up: Museum Recreates Fashion From History 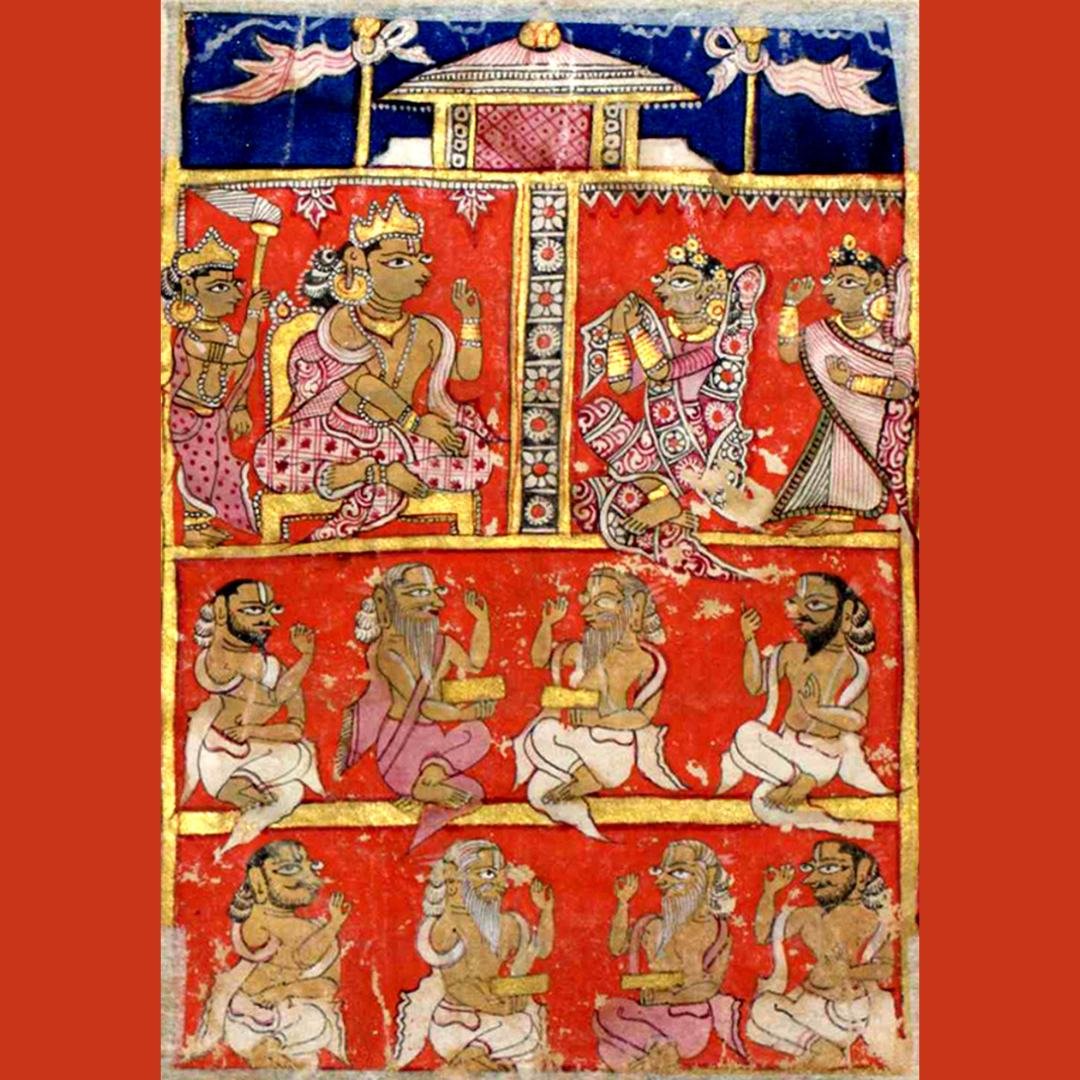 How India Dressed Up: Museum Recreates Fashion From History

Here the female costume is of great interest. It consists of a patterned dhotī tied to the waist with a sash and to which is attached what looks like a pouch. The half-sleeved colī covers the naval completely. The oḍhanīis are thrown delicately over the chest, its one end covering the coiffure. The oḍhanī is either of plain transparent material with golden borders or decorated with stripes. . Interestingly, the appearance of Gujarati sari-style style drape appears in this Mandu folio.

Clothes, colors, and artworks from the manuscripts show the culture’s significance in everyday life even after 1,000 years.

Indian fabric and the patterns printed on it are found all over the world from Indonesia to Egypt which indicated the infinite limits of the country’s textile industry. These fabrics and patterns had become ingrained in Indian culture and their reflection can be seen in every state across the country.

Gunjan Jain, the exhibition’s assistant coordinator, said that Indian cloth used to be exported to Bali, and people would send herbs in return, which indicated the command of the Indian textile industry all over the world.

The ‘Angrakha’ displayed by renowned Dastangoi artist Syed Sahil Agha, is an Indian folk-art form dating from the 13th century. The form, which is originally in Arabic and Persian, was immensely popular amongst the residents of Lucknow and Delhi for many centuries till the early modern era. And then it spread across India. Royal families, irrespective of the language they spoke or the faith they belonged to, wore it and adapted the fabrics to suit the weather of the state. It was lighter in summer in Delhi and Southern India and was heavier in winter.

The ‘Dastango’ (one who performs) wears the old angrakha to combine the culture, civilization, and heritage of India and presents it in a way that helps the audience see the future in the mirror of the past, said museum curators.

Pictures of the angrakha are also found in the manuscripts dating back in history, including the paintings of around 800 years ago, made in the time of Amir Khusro, also known as the father of Dastangoi in India.