Imran Khan Told General Bajwa That He Had Been A Playboy 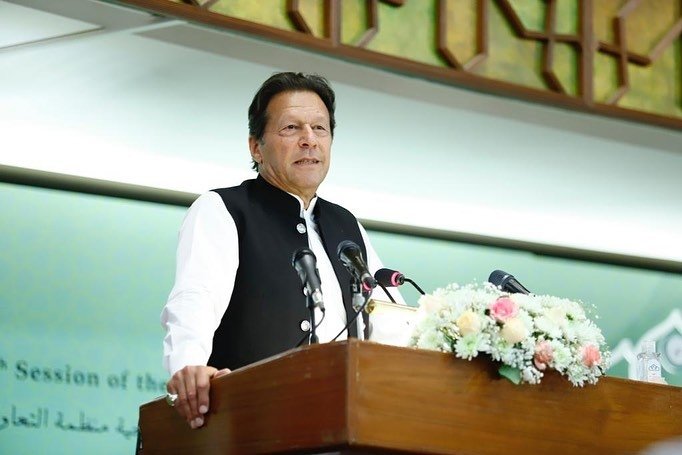 Imran Khan Told General Bajwa That He Had Been A Playboy

LAHORE, (IANS) – Former Pakistan Prime Minister Imran Khan said he once told then Army chief, General Qamar Javed Bajwa that he had been a playboy in the past, media reports said.

Revealing details of his last meeting with Gen Bajwa in an interaction with media persons at his Zaman Park residence here, Imran Khan said: “General Bajwa called me a playboy, and in reply I said to him ‘Yes, I was a playboy’. Bajwa was stabbing us in the back and showing sympathy,” The News reported.

The PTI Chairman further claimed that ex-COAS Bajwa’s “set-up is still working in the establishment”.

The former Premier, who was removed from power through a vote of no-confidence in the National Assembly in April last year, said Bajwa did not want accountability in the country, hence, their relations worsened.

The former Prime Minister accused Bajwa of hiring the services of Husain Haqqani, Pakistan’s former Ambassador to the US, for lobbying in the US. Haqqani was accused of seeking US action against Pakistan’s military through the so-called memo months after the US raid in Abbottabad in 2011 on Osama Bin Laden’s compound amid an increasing rift between the civilian and military leadership. He was accused of issuing visas to Americans without due process, bypassing relevant authorities, and embezzling funds.

The deposed prime minister also said Haqqani launched a campaign against him and had been promoting the former army chief in the US. Turning his guns towards former President and ex-Army chief Pervez Musharraf, Imran Khan said he made dollars by “selling terrorism”.