HomeAmericasCommunityIn New Jersey, BAPS Opens Its First Research Center in the US

In New Jersey, BAPS Opens Its First Research Center in the US 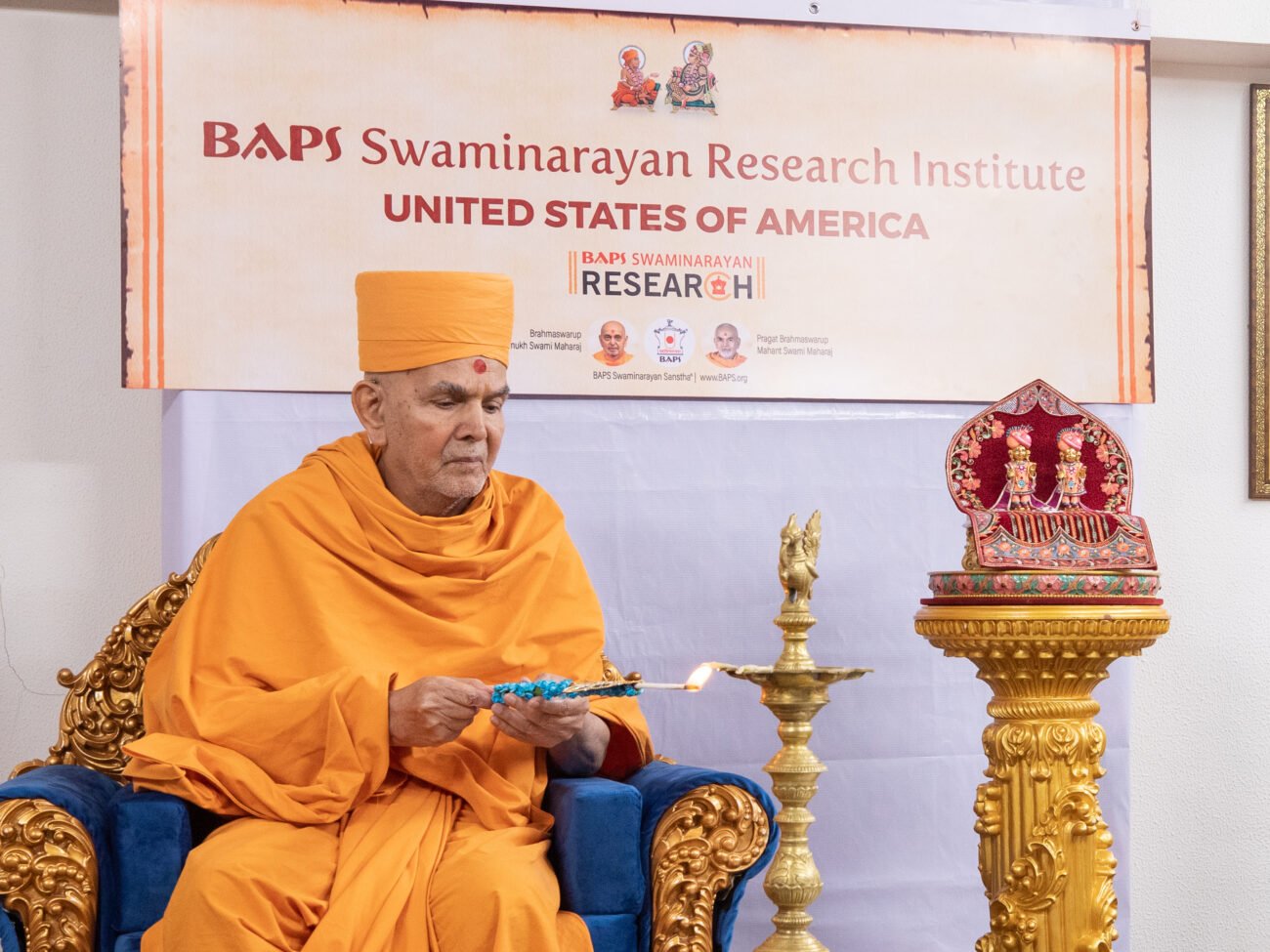 In New Jersey, BAPS Opens Its First Research Center in the US

ROBBINSVILLE, NJ – The BAPS Swaminarayan Research Institute, the first such center of learning and research of Indian languages and Hindu scriptures in the Swaminarayan tradition in the US, was inaugurated here, at the site of Swaminarayan Akshardham on June 18.

The event took place in the presence of over 115 representatives from over 50 Hindu temples and organizations, guests and scholars.

Hundreds  of swamis and devotees gathered to participate in a ‘Satsang Diksha Homatmak Path’  which involved offerings in a sacred fire while selected verses from the ‘Satsang Diksha’ were recited. Children sang Vedic peace prayers and recited Sanskrit verses.

Thousands witnessed the historic ceremony in person and via live telecast across North America and worldwide, a press release said.

Mahant Swami Maharaj joined the ceremony virtually from Ahmedabad, and inaugurated the institute with the lighting of the inaugural lamp symbolizing the spreading of the light of knowledge throughout the world.

In his talk, he said, “Yogiji Maharaj had envisioned such an institute and was passionate about youths learning and discoursing in Sanskrit. The research institute has fulfilled this vision. May students excel in their studies and work together to serve society, expanding the circle of unity across the world. In the spirit of “Vasudhaiva Kutumbakam.”

Mahamahopadhyaya Bhadreshdas Swami from India, leading scholar of Hindu philosophy and Sanskrit, presided over the inauguration. He delivered the institute’s inaugural lecture and reinforced the messages of global harmony, public service and educational excellence.

The impetus for the institute in Robbinsville has been a growing interest from members of the community to learn Sanskrit and gain a deeper understanding of Hindu scriptures, the press release said.  For more details:  https://research.baps.org.