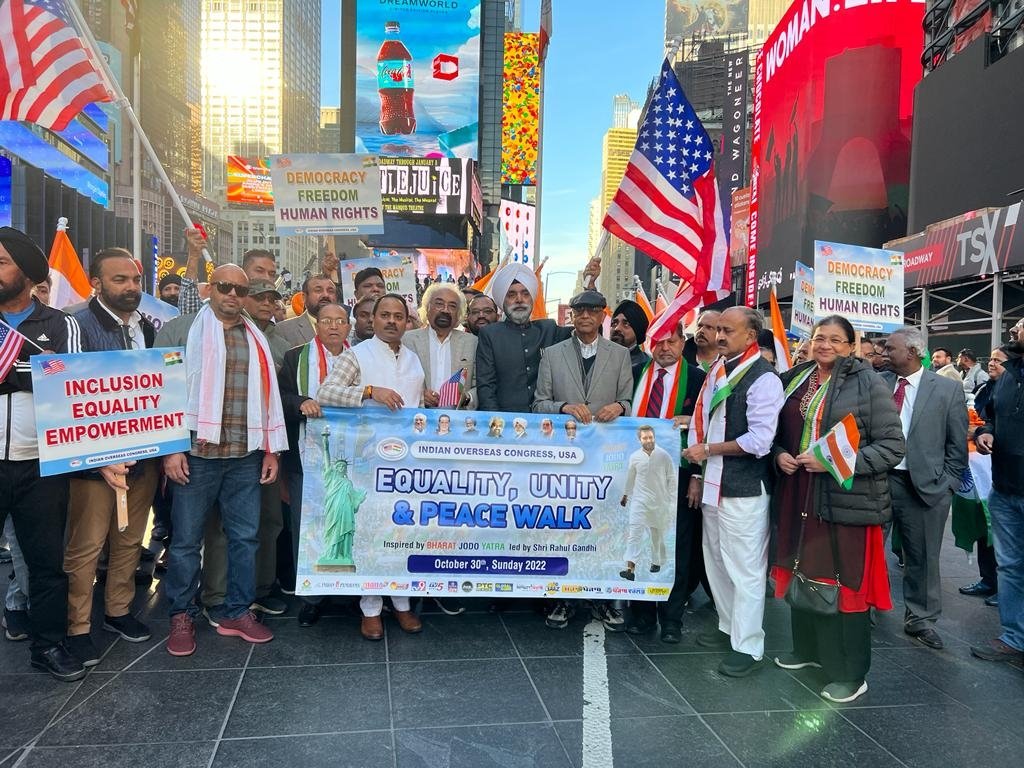 The participants in the program billed as “Unity Walk in New York” marched on October 30 from Times Square to the Gandhi statue in Union Square, the Indian Overseas Congress USA which organized the event, said.

IOC Chairman Sam Pitroda flagged off the march with a call to adhere to the ideals of Mahatma Gandhi, the organization said.

About 300 people participated in the march which was inspired by Rahul Gandhi’s yatra and aims to promote “unity and peace in India and the sub-continent”, the organizers said.