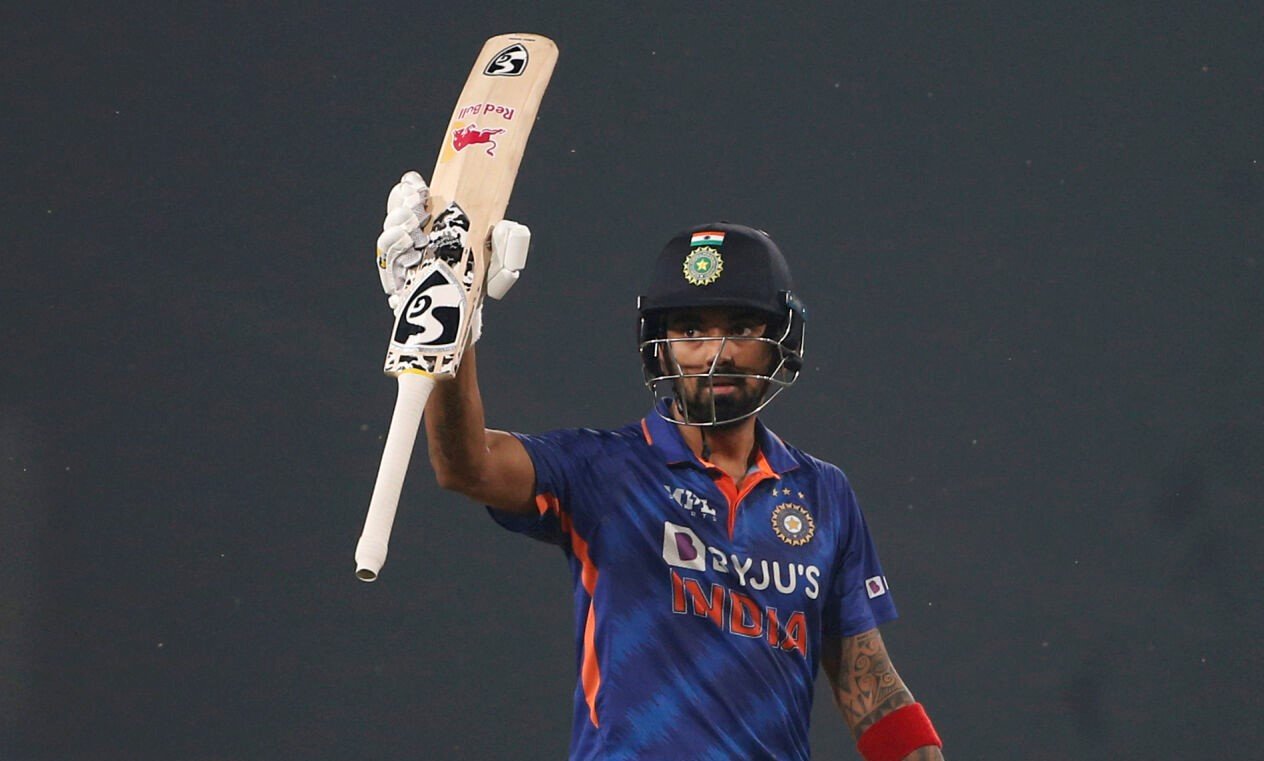 India’s KL Rahul celebrates his half century during the 2nd T20 match between India and New Zealand, at JSCA International Stadium Ranchi on Nov. 19. (ANI photo)

RANCHI, India — Lokesh Rahul hit 65 off 49 balls as India romped to a seven-wicket win over New Zealand on Nov. 10 in the second Twenty20 to clinch the series.

Rahul hit six fours and two sixes as he reached 50 off 39 balls. Sharma scored 55 off 36 balls, including one four and five sixes.

Their sparkling opening partnership paved the way for India’s dominant win at a dew-soaked JSCA International Stadium. The hosts took a 2-0 lead in the three-match contest.

Sharma’s 29th half century in T20 internationals brought him on par with compatriot Virat Kohli, who is rested from this series.

“Think we did really well puling the game back after the first six (overs),” Rahul said. “We always give ourselves a couple of overs to see what the pitch is doing. When we’ve got off to a start like that and have 10 wickets in hand, then we decide we have to go after the bowlers.”

Rishabh Pant finished the game with two sixes off successive balls as India sealed the series with 16 balls to spare.

Stand-in skipper Tim Southee finished with 3-16 in his four overs.

Earlier, New Zealand finished with a below-par total after India put them in to bat.

Martin Guptill (31) provided another quick start with three fours and two sixes and put on 48 off 26 balls with Daryl Mitchell (31).

But the other top New Zealand batsmen failed to put up big scores the team went from 90-3 to 140-6 in the space of 18 deliveries.

Mark Chaman scored 21 off 17 balls and Glenn Phillips made 34 off 21 balls, with one four and three sixes.

“I couldn’t have asked for a better debut,” Patel said. “It is another platform for me to come, perform and show my skills.”