HomeIndiaIndia and the worldIndia, China Abstain in Condemning Russian Annexation of Ukraine Land 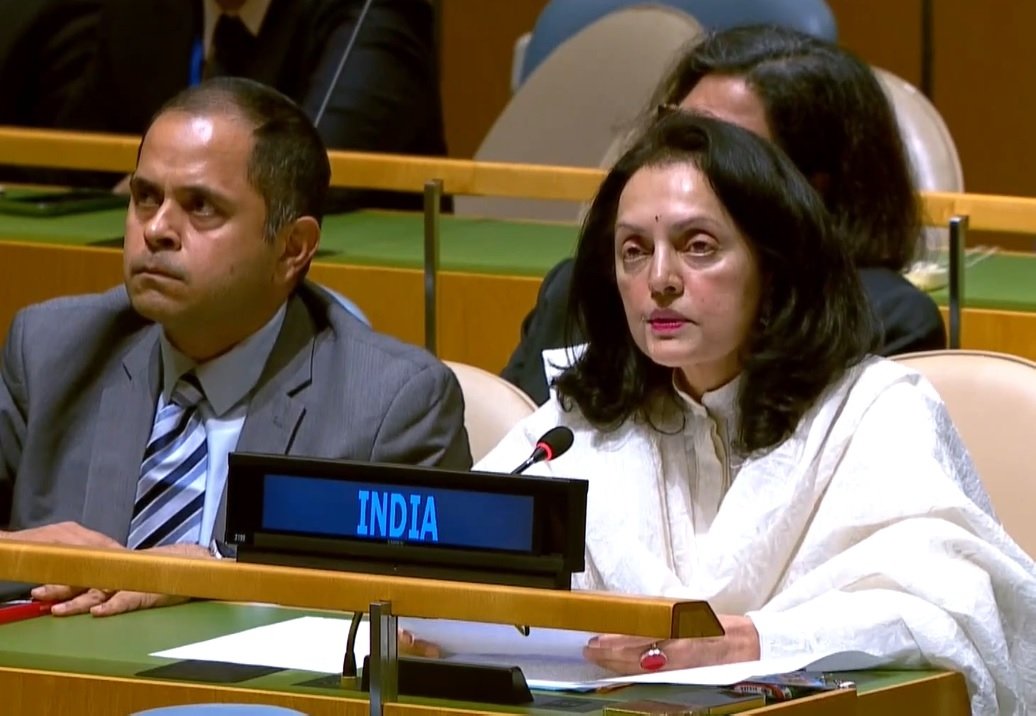 NEW YORK, NY (IANS) – India has abstained on a UN General Assembly resolution condemning Russia’s annexation of Ukrainian territories, declaring that it is consistent with New Delhi’s “well thought out national position”, and has called for a diplomatic solution.

The resolution, which received 143 votes, with only five countries voting against it, and 35 abstaining at the Assembly’s emergency session, passed with the required two-thirds majority showing Russia’s isolation.

Explaining India’s decision, Permanent Representative Ruchira Kamboj said that with its “firm resolve to strive for a peaceful solution through dialogue and diplomacy, India has decided to abstain”.

At the same time, she directed criticism at Russia without naming it: “We have consistently advocated that no solution can ever be arrived at the cost of human lives. Escalation of hostilities and violence is in no one’s interest.”

Prime Minister Narendra Modi “has said unequivocally that this cannot be an era of war”, she said citing his remark in the presence of Russia’s President Vladimir Putin.

In the run-up to today’s vote at the Assembly, India had voted with the West and in opposition to Russia on three procedural motions that did not affect its neutrality in a substantive way.

India had also abstained on the recent resolution in the Security Council and on the two resolutions in the General Assembly condemning Russia in March.

Ukraine’s President Volodymyr Zelensky had spoken with Prime Minister Modi last week amid an intense diplomatic push for support for the resolution.

During the call, according to the External Affairs Ministry, the Prime Minister had told Zelensky that there could not a be military solution and dialog was the way to end the conflict. He also offered India’s readiness to work on peace efforts.

Before the vote at the Assembly, Russia’s Permanent Representative Vasily Nebenza repeated Moscow’s assertions that the four regions of Ukraine had voted in the 90 percent range in referendums to join Russia. Ukraine and several countries have called the referendums an illegal sham because they were held under military occupation.

Moscow retained its support of four that it had in the two Assembly resolutions in March, although Eritrea abstained this time, while Nicaragua switched position to back Russia. China abstained on the vote.

Although the West unleashed a high-pressure diplomatic campaign, it managed to get only two more votes than for the first resolution in March and three more than for the second one.

Speaking before the vote, US Permanent Representative Linda Thomas-Greenfield appeared to take a hard line against diplomacy and dialog that she saw as placatory.