HomeIndiaIndia Emerging as Alternative to China for Industry 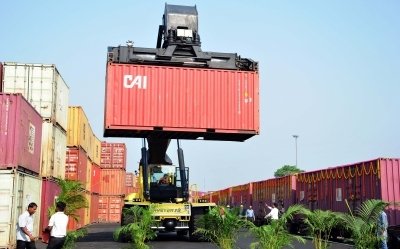 NEW DELHI (IANS) – With gradual expansion of the capacity of its local sourcing and distribution networks accompanied by provision of key incentives and regulatory relaxations to foreign investors, India is on its way to reshape the global supply chain and become an alternative to China.

In this regard, Japanese Prime Minister, Fumio Kishida announced an investment of $42 billion in India over five years during the India-Japan Annual Summit in Delhi. Under an MoU, Suzuki Corporation will set up an electric car manufacturing unit in Gujarat.

Earlier, to enhance the resilience of supply chains in the Indo-Pacific region, the trade and economy Ministers of India, Japan and Australia launched the Supply Chain Resilience Initiative in 2021, which aims to develop dependable sources of supply and attract investment.

UBS, a financial services company based in Switzerland, forecasted in 2020 that India can become a preferred destination for companies looking to shift from China, and to diversify their supply chain.

India has identified a dozen of sectors where global supply-chains can shift away from China. These sectors include energy, automobiles, steel, pharma, textiles and garments, marine products, financial services, IT services and tourism, etc.

Some India-based businesses have also set up domestic sourcing and distribution networks in order to de-risk from China, and to drive manufacturing costs down. In view of this, the Indian government in subsequent budget provisions increased import duties on certain electronic components to set up a less vulnerable supply chain in the country itself.

Not only local firms, but foreign companies with a base in India have also started local production to reduce reliance on imports and focusing on large scale indigenization. Chinese smart-phone maker Vivo had set up a manufacturing facility in Greater Noida. Similarly, South Korean multinational company Samsung had set up India’s first smart-phone display manufacturing unit in Noida. It is likely to play a key role in the imminent major reshuffle of the global supply chain.

At present, there are 1,455 Japanese companies operating in India and 11 Japan Industrial Townships have been established, including Neemrana in Rajasthan and Sri City in Andhra Pradesh, hosting the maximum number of Japanese manufacturing companies. Japan is also India’s 5th largest source of FDI, besides being the largest development partner.

Further, due to rising labor costs in China, overseas businesses are keen to set up a local supply chain in India. According to industry experts, the entry level salaries for workers in India start between $157 and $196, while the same in China are about three times higher.

Against this backdrop, given India’s competitive advantage in terms of land and labor availability as well as software skills, global manufacturers long settled in China are looking to diversify their manufacturing bases to India even as the current Covid crisis underscores the importance of moving away from dependency on a single economy like China.