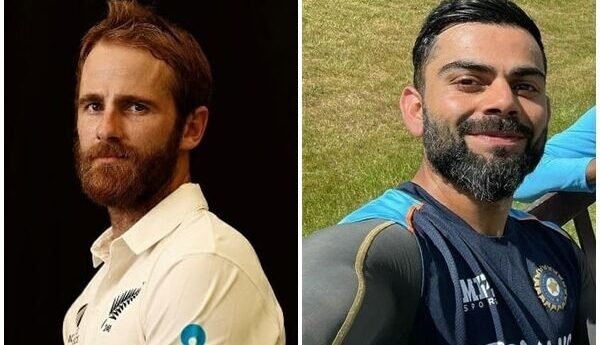 The line-up covers, as captain Virat Kohli put it in a press conference minutes before the announcement, “all bases.” It takes into account the contingencies such as the metamorphosis of the wicket over five days and the fickle English weather.

India enjoy an edge over opponents New Zealand in the batting department.

India enjoy an edge with the willow. Captain Virat Kohli had conclusively proved himself against deviation in the air and off the wicket three summers back, Cheteshwar Pujara and Ajinkya Rahane have scored runs over the last two tours, while Rohit Sharma was the batting star of the World Cup two years ago, albeit against the batsman-friendly white ball.

The red Duke, with its pronounced seam, will change its course much more, especially if there’s grass on the strip. And then there’s the explosive Rishab Pant with an exceptional eye and left-hand variety.

Three quicker bowlers in a line-up is a non-brainer in England. Generally, experience best combats pressure. So, Mohammed Shami hitting the seam, Ishant Sharma producing his in-swing and Jasprit Bumrah generating his velocity and unorthodoxy have got the nod. They need to make the new ball talk though, for reverse swing in England’s lush environment is not a bankable factor.

Ravichandran Ashwin had testified two years ago that he is capable of beating the batsmen in the air. Ravindra Jadeja, who will turn it the other way and be economical, is a genuine all-rounder and a match-winning fielder.

Although county matches at the Rose Bowl this season have unsurprisingly been unhelpful to slow bowlers, if there’s a chink in the New Zealand batting, it’s against spin. Moreover, the wicket will turn at some point, as it has lately experienced a heatwave.

Since the maiden Test match between the inventors of the game, England and Australia, at the Melbourne Cricket Ground in 1877, there have been in phases undisputed champions in the format, but never has any team been officially crowned.

Now, a two-year league has culminated in a knockout final between India and New Zealand, who emerged with the highest points.

Therefore, the World Test Championship final from Friday at the Ageas Bowl in the Hampshire countryside near England’s southern coast is arguably the most significant cricket contest in history — for it will at long last throw up the unquestionable champion at the highest and most testing level of the sport.

Given the high stakes, India have rather gambled with a preparation consisting of net practice and intra-squad mock matches; as opposed to opponents New Zealand being pristinely tuned up following their victory in the two-Test series against England.

The Kiwis today constitute the most complete line-up in their history. Indeed, they are endowed with their best ever swing bowling combination, which is ideal for English conditions in June, and a world-class batsman in skipper Kane Williamson.

In fact, veteran Tim Southee and Trent Boult, a high quality left-arm exponent, have the ability to bend the ball in the air with greater control than their Indian counterparts.

The duo is likely to be supported by the 6′ 8” Kyle Jamieson and either Neil Wagner or Ajaz Patel. The latter is in the frame because on the only occasions the Indians have figured in Tests at the Ageas Bowl, in 2014 and 2018, Moeen Ali with his unpretentious off-spin had proved to be a thorn in the visitors’ flesh.

Pitches in New Zealand resemble English wickets. On such tracks 16 months ago, the Indian batting had failed miserably. There could, though, be a lifeline in that the International Cricket Council (ICC) feels obliged to facilitate a match going the distance. A short-lived affair would be an anti-climax, a bad advertisement, indeed disappointing for the 25 per cent of capacity crowd that would be permitted under Covid restrictions, not to mention the broadcast audiences and rights holders being likewise short-changed.

The ICC’s independent pitch consultant Andy Atkinson has asked the ground’s curator Sam Lee for “the best possible playing surface to be prepared for local conditions”.

He added: “The pitch is in excellent condition.”

Reading between the lines, this means an even balance between bat and ball. But rain has intervened since and could persist into the first day of play.

The WTC has been ill-fated in that it has been impaired by the worst pandemic in a century, with series being cancelled and the mode of qualification having to be revised.

Besides, the marketing and publicity needed to extricate the purest form of cricket from the existential threat it faces haven’t materialised. The prize money of $1.6 million for the champions is also not exactly mouth-watering.

Last but not the least, the red listing of India, because of the raging virus there, has been a roadblock to Indian media attendance in the final. Normally they far outnumber the representatives from other countries at major ICC events.

The Ageas Bowl is admittedly an unfitting venue for a rendezvous of such magnitude. But the home of cricket, Lord’s, was relieved of the honor because of the compulsion of Covid security, which the former provides with a hotel integrated with the stadium.