HomeIndiaIndia and the worldIndia Reports to UN on Modi Conversations With Putin, Zelensky

India Reports to UN on Modi Conversations With Putin, Zelensky 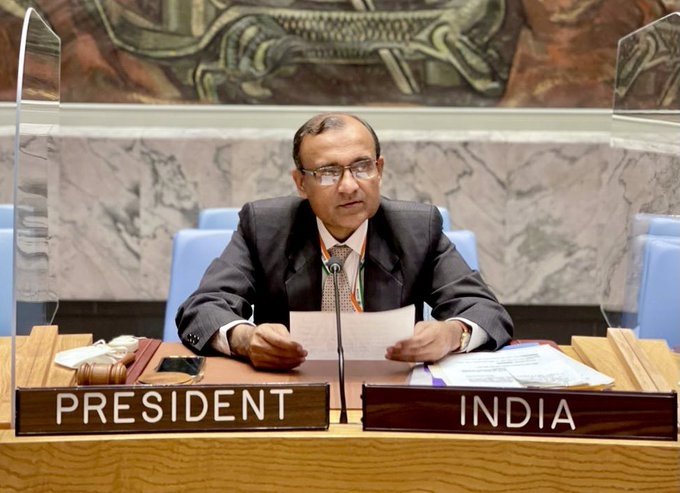 India Reports to UN on Modi Conversations With Putin, Zelensky

NEW YORK, NY (IANS) – Calling for immediate attention to the “worsening situation” in Ukraine, India’s Permanent Representative at the UN T.S. Tirumurti reported to the Security Council about Prime Minister Narendra Modi’s intercession with the leaders of Russia and Ukraine for a ceasefire and a return to diplomacy.

“Our Prime Minister once again spoke to the leadership of both sides today and reiterated our call for immediate ceasefire and the need for both parties to return to the path of dialogue and diplomacy,” he told the Security Council on Mar.7 during a consultation on Ukraine.

He spoke of the humanitarian crisis engulfing the country and said: “India has been consistent in calling for an immediate end to all hostilities.

“The worsening situation in Ukraine and ensuing humanitarian crisis deserves our immediate and urgent attention.”

In phone calls with Russia’s Vladimir Putin and Ukraine’s Volodymyr Zelensky, Modi called for an end to the conflict and urged direct talks as he heard from them about the negotiations between their countries, according to the readouts of their separate conversations put out by the Ministry of External Affairs.

Both of them briefed Modi about the state of their negotiations and he hoped they would lead to an end to the conflict, the ministry said.

Modi suggested to Putin that he hold direct talks with Zelensky, according to the readout.

In both conversations, the safety of Indian students in Ukraine was uppermost for Modi. Russia’s Permanent Representative said later at the Council that his country was offering to set up a safe corridor out of Sumy.

Tirumurti said of the more than 140 who have died in the conflict according to the UN, one was an Indian student.

“India mourns his death and we convey our deepest condolences to his family, just as we mourn the loss of each and every civilian life in the conflict,” he said.
Naveen Shekharappa Gyanagoudar was killed in Kharkiv.