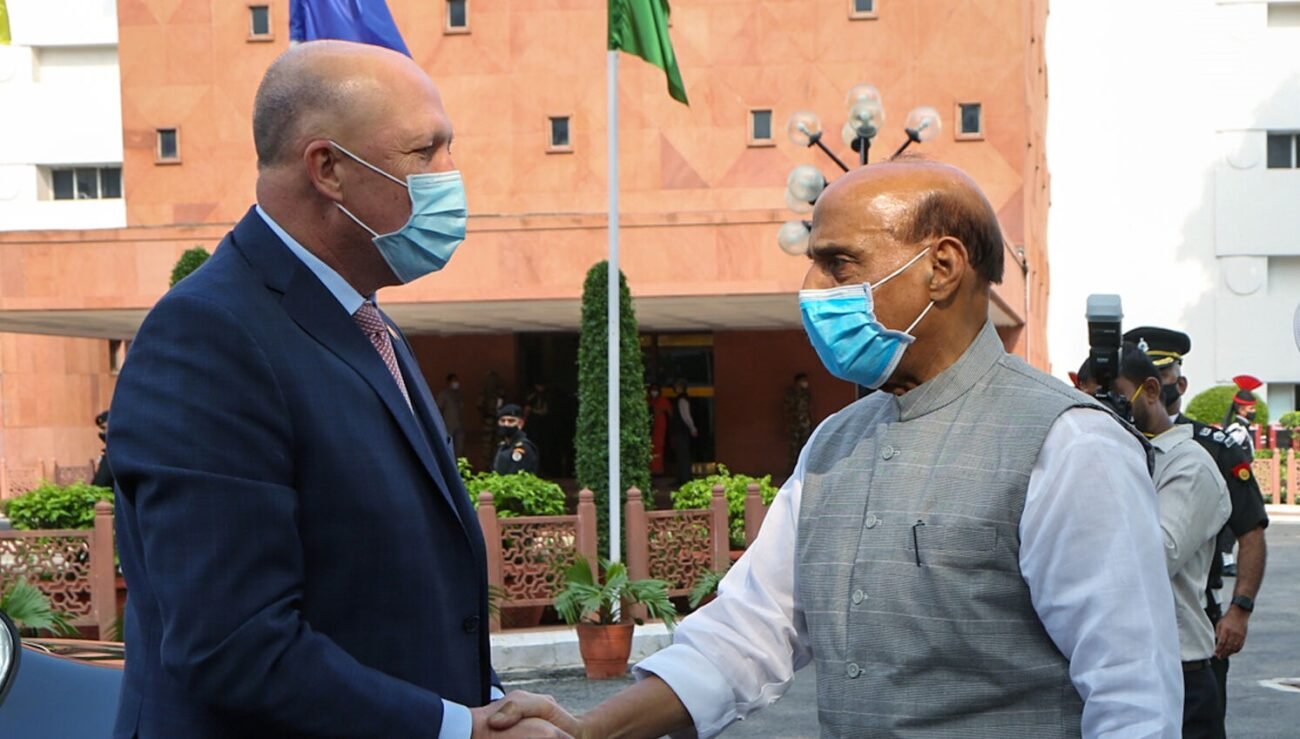 “India is committed to raising a robust partnership with Australia for security and growth of the entire region,” he said after meeting with visiting Australian Defense Minister Peter Dutton.

India, a major buyer of military equipment, depended largely on the former Soviet Union during the Cold War. But it has been diversifying its purchases by choosing U.S. equipment as well.

Dutton said in a statement after their talks that the two countries have been seizing the momentum to drive greater progress between their defense forces.

“India’s leadership is central to Australia’s Indo-Pacific strategy. It is in the sovereign interests of us both to align our strategy, our capability, and our resources,” he said.

The two sides are working to enhance Australia’s posture in the Indian Ocean region by ramping up air force cooperation, maritime engagement and exercises, he said.

Australia’s foreign and defense ministers are visiting Indonesia, India, South Korea and the United States to bolster economic and security relationships within the Asia-Pacific region, where tensions are rising with China.

The meetings between India and Australia are taking place as their maritime forces are participating in the MALABAR 2021 exercise in the Philippine Sea.

The United States, India, Japan and Australia make up the four Indo-Pacific nations known as the Quad, which is seen as a counterweight to China. Beijing has called the Quad an attempt to contain its ambitions.

The United States is to host the Quad leaders later this month for a security dialogue.