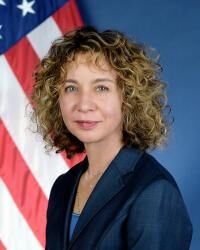 “For us to ensure that NYC recovers quickly while addressing the inequalities that plagued us well before COVID-19 struck, we must have top leadership that can both deliver for and is representative of New Yorkers. I’m proud to introduce 5 history-making Deputy Mayors today,” Adams tweeted.

As Deputy Mayor for Operations, Joshi will ensure that New York City is able to respond in real time to meet and exceed the needs of every community and be a model of excellence for all urban centers, noted Adams.

Joshi was the acting administrator since January for the Federal Motor Carrier and Safety Administration.

As previously reported in India-West, Joshi is an attorney with over 16 years of experience leading government oversight agencies. She was chair and CEO of the New York City Taxi and Limousine Commission, the nation’s largest for-hire transportation regulator where she spearheaded novel Vision Zero campaigns using data tools to keep high risk drivers and unsafe vehicles off the road, her bio notes.

In addition to her government positions, she served as general manager for the New York Office of Sam Schwartz Transportation Consultants, and was a visiting scholar at New York University’s Rudin Center for Transportation Policy.

She was born and raised in Philadelphia, Pennsylvania, and holds a B.A. and a J.D. from the University of Pennsylvania.