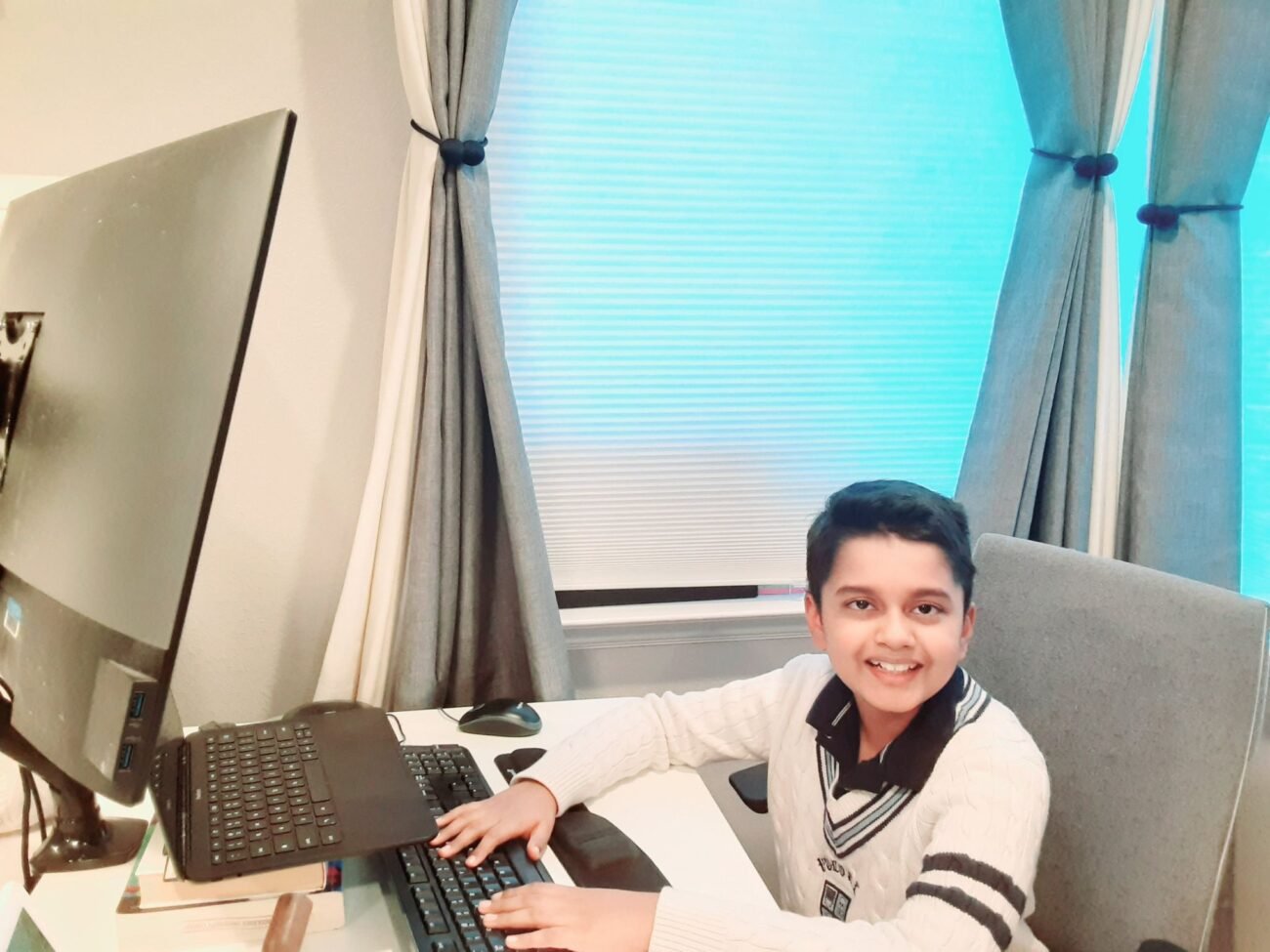 CAMPBELL, CA – “Muni” – The storytelling Community Building App – is the creation of 10-year-old Indian American Hari Gangadharan. While still grasping academics in 4th grade at Ocean Grove Charter School, the young one built an app that has gained notice.

Acutely absorbed in math and science, the curiosity of the child leaned towards coding classes and the popular programming language “Scratch” ever since first grade. While others of the age entertain themselves with video games, this young autodidact made utmost use of videos and virtual courses that teach math, film one-on-one instruction, and coding programs.

With his parents’ encouragement he joined the BYJU’S FutureSchool which gathers coding students from around the world and asks them to identify a real-world problem that can be solved via technology.

Gangadharan is a lover of books who grew up hearing stories within his nuclear and extended family. From Mar. through Jul. 2021, he worked on developing a prototype of his idea of engaging people in collective storytelling and sharing it. He impressed the faculty with his six-minute video and won the ‘Silicon Valley Challenge coding competition.’

He named his app ‘Muni’ to symbolize community. With Muni, you can create new stories or join the existing ones. When one user starts a story, another continues from where it was left. The chain continues infinitely hand in hand with creative imaginative thoughts.

The app offers many genres to choose from, including children’s literature, comedy, fantasy, poetry, drama, realism, and romance. Gangadharan adds, “Muni is a way that you can inspire and contribute to the stories of your community. My vision is that we all come to Muni with creativity and imagination, and live with hope, encouragement, and positive connections. Stories are the oldest form of human connection.” The app, now available on Google Play, has taken off and is being used in Japan, Spain, and Mexico.

Winning the Silicon Valley Challenge, provided Gangadharan with the opportunity to present his app to actual venture capitalists. He has just completed a second app called “PLAYDAY”, which helps parents gather kids together for virtual, in-person, or hybrid playdates, and encourages kids to get together for study dates organized by teachers. It also connects students to teachers within a community where they can read teachers’ messages. In addition, he has won the “National 2021 Scratch Olympiad”.

While enjoying math, science, learning Japanese, playing piano, basketball, chess, and video games, he says his ambition is “to be a software engineer with a heart full of empathy. I not only want to create something extraordinary that will help this world, but also share my knowledge and understanding with the underprivileged to bridge the technological gap in this world.”