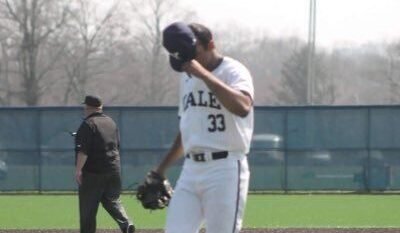 Indian American left-handed pitcher from Yale University Rohan Handa was chosen in the Major League Baseball draft at pick No. 146 by the San Francisco Giants.

Handa, who was chosen in the fifth round on July 12, was the second Indian American pitcher taken in the draft. Vanderbilt’s Kumar Rocker – the 2019 Freshman of the Year – was taken in the first round a day earlier at pick No. 10 by the New York Mets.

Handa, 21, stands at 6-foot-3 and 210 pounds. The Giants selected him despite the pitcher having thrown a mere 22 since 2019, according to the McCovey Chronicles.

Handa pitched 5 innings for Yale in 2020 before the coronavirus pandemic shut down the college season. In those 5 innings he allowed 8 hits, 1 walk, 4 runs, 1 earned run, and recorded just 1 strikeout.

The Ivy League canceled their 2021 season due to the pandemic, so Handa pitched in the New England Collegiate Baseball League, the report notes.

In the NECBL, Handa pitched 17 innings, and allowed 9 hits, 8 walks, 2 runs and 1 earned run, while striking out 25, the reports noted.

According to New England Baseball Journal, Handa speaks three languages (Hindi, English and Chinese), started a charity to promote child literacy, and was preparing for a career outside of baseball prior to his 2021 performance, the report said.

MLB.com added that when the pandemic halted Handa’s sophomore season at Yale, the Charlotte, N.C., native went back home to focus on reinventing himself.

He joined Tread Athletics, an online pitching development company that helped him clean up his mechanics and improve his arm action, and worked with Houston-based Dynamic Sports Training to rebuild his body, the report noted.

By the time 2021 rolled around, Handa’s fastball velocity had jumped from the mid-80s to 97 mph, turning him into an intriguing prospect ahead of the 2021 MLB Draft, according to the MLB.com report.

That led to his selection by the Giants.

“It was unbelievable, especially to be drafted by such a class organization like the Giants,” Handa said in a phone interview with MLB.com. “I couldn’t be happier.”

Handa grew up rooting for the Yankees and idolized Derek Jeter as a kid, but he also enjoyed watching Giants players like Buster Posey, Matt Cain and Madison Bumgarner, a fellow lefty from North Carolina, the report said.

“Obviously, the jump has been made now, but we’re here to get a lot better,” Handa told MLB.com. “There’s a lot of things I still need to work on, and I think the Giants will be the best team for me to really pursue those goals. I’m really looking forward to working with them,” he said.