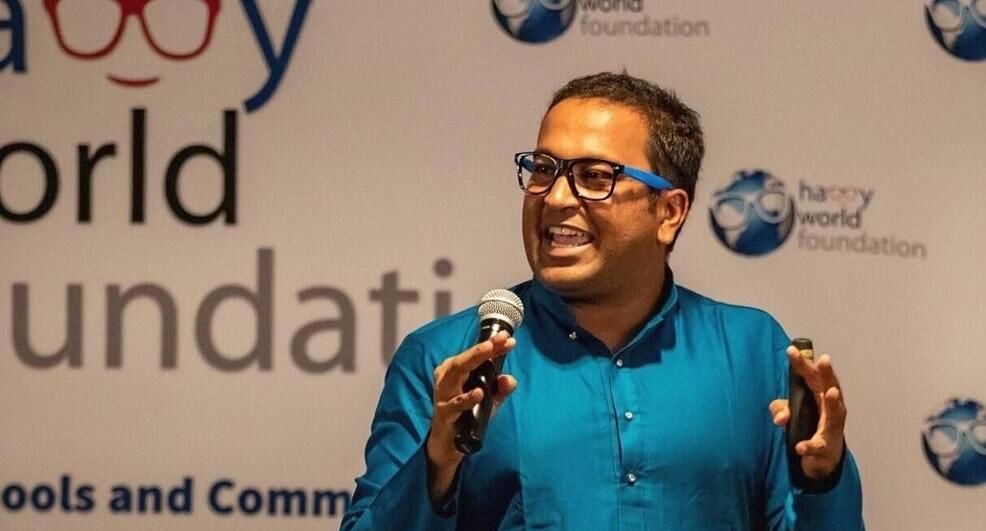 An Indian American Spanish teacher at Dallas ISD’s Ignite Middle School in Texas, Akash Patel, has been elected the next president of the American Council on the Teaching of Foreign Languages. He will take over the new position in 2023.

Growing up in small rural communities in Oklahoma where people had never seen or met “a brown Indian guy who spoke five languages and had traveled to over 50 countries,” Patel said in his mission statement he decided to do something to bridge the gap in global learning and cross-cultural understanding.

At first, he started inviting his international friends to video call his students using platforms like Zoom, Skype and Google Meet, he said. But eventually, he mobilized over 1,200 volunteers from over 150 countries to join his Global Connect database at the Happy World Foundation (www.happyworldfoundation.us), a Texas-based global education nonprofit he founded after the passing of his twin brother, Anand Happy Patel.

In his first year of teaching, Patel was recognized by the Oklahoma State Department of Education and the Multicultural Education Institute as the January 2015 Educator of the Month and the 2015 Multicultural Teacher of the Year for promoting global citizenship in his classrooms and achieving a successful academic turnaround. In 2018, Patel received ACTFL’s Leo Benardo Award for Innovation in K-12 Language Education. He was also selected from over 30,000 nominations as one of the top 50 teachers worldwide and shortlisted as a finalist for the Varkey Foundation’s $1 million Global Teacher Prize.