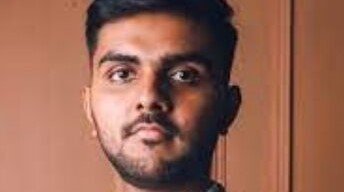 NEW DELHI – Emerging Indian innovator Kaif Ali, 20, is one of the 15 winners this year of the prestigious Secretary-General’s Commonwealth Innovation for Sustainable Development Awards.

He has invented low-cost portable housing for Covid-19 quarantine and shelter from extreme weather such as earthquakes and flooding.

Kaif’s design has been recognized by the UN under the top 11 emerging innovation start-ups solving climate challenges.

Each winner of the award received a trophy, 3,000 pounds in prize money and the opportunity to scale up their innovations in collaboration with partners and mentors across the Commonwealth.

During the pandemic, Kaif, an architecture student, researched how architecture could prevent the spread of disease.

He designed a prefabricated sustainable shelter, SpaceEra, that would not only help reduce transmission of the virus but could also house refugees worldwide in the future.

He is now known for motivating his fellow youth trying to imitate his approach to start their own sustainability projects and initiatives.

“Winning the Commonwealth Innovation Award lifts my confidence to a greater level and motivates to me work even harder than yesterday and innovate unprecedented solutions to achieve a sustainable future. I pledge to become the voice of the youth transforming the Commonwealth and to Be the Change!” a statement quoting Kaif said.

He has plans to conduct mentorship programs for grass-route innovators to enrich their knowledge and motivate them to work towards social and environmental issues.

“In the upcoming year, I wish to pursue a masters in architecture and harness my future career towards STEM innovations and youth leadership in the multilateral domain. I aim to devote my career towards the well-being of the mass,” he added.

Commonwealth Secretary-General Patricia Scotland applauded the diverse line-up of change-makers during a virtual meeting in the run up to the UN Climate Change Conference COP26.

She said: “Over many decades, the people of the Commonwealth member nations, through the Commonwealth networks which connect us and encourage us to work together, have found pioneering ways of overcoming daunting challenges and of solving seemingly intractable problems.”