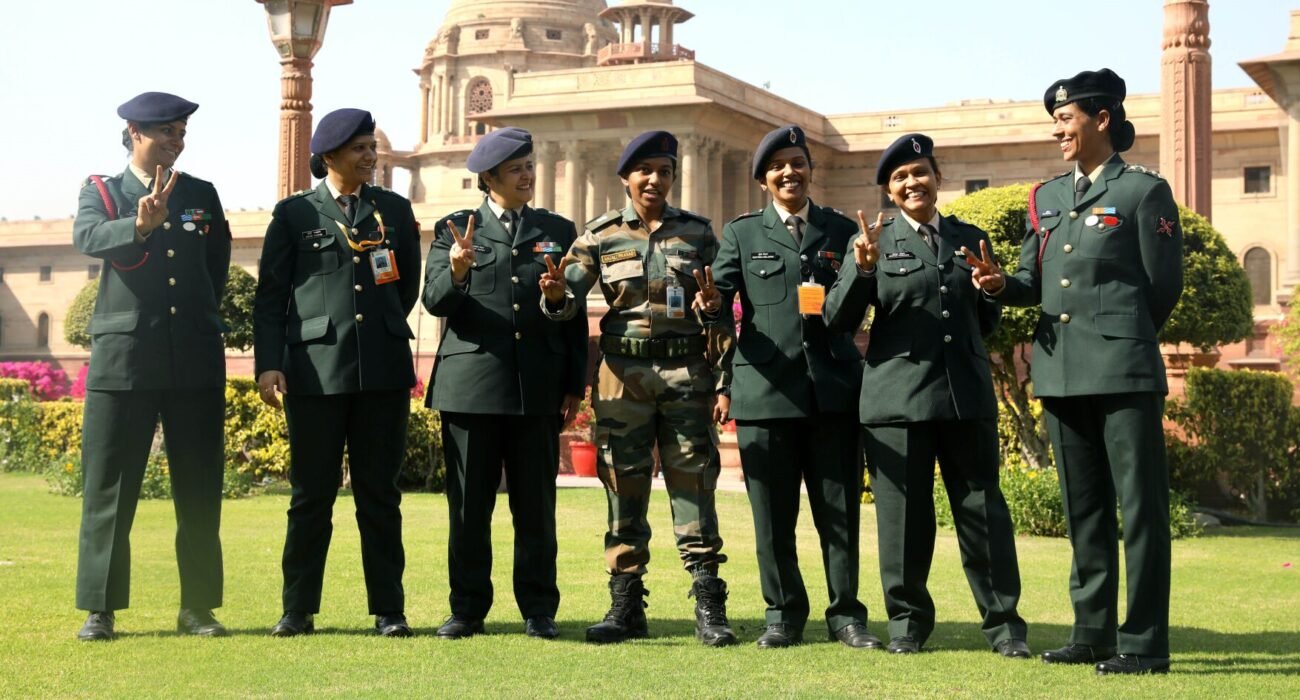 Women officers of the Indian Army show victory signs as they pose for a photograph ahead of International Women’s Day outside the Ministry of Defense, in New Delhi on Mar. 7, 2021. (ANI photo)

NEW DELHI — India’s Supreme Court ruled Sept. 22 that women will be able to take the entrance examination for the national defense academy in November for the first time, opening the way for them to become full-time officers.

The court turned down a government request that it be given until May to prepare curricula, infrastructure, fitness training and accommodations for women.

The court had earlier rejected a government plea that women were not suitable for commanding posts in the army because male troops were still not prepared to accept female officers.

Training at the academy will allow women to enter long-term careers in the army, navy or air force. Previously, female officers could serve only up to 10-14 years.

In February last year, the Supreme Court ordered the government to grant permanent commissions and non-combat command positions to female officers in the army on par with men.

Women can now extend their short service roles in non-combat support units such as education, law and logistics until they want to retire and rise to the rank of colonel, based on merit.

The government also argued that male and female officers could not be treated equally when it came to postings because the “physical capacity of women officers remains a challenge for command of units.”

The Supreme Court said in its order that such arguments were against the concept of equality.