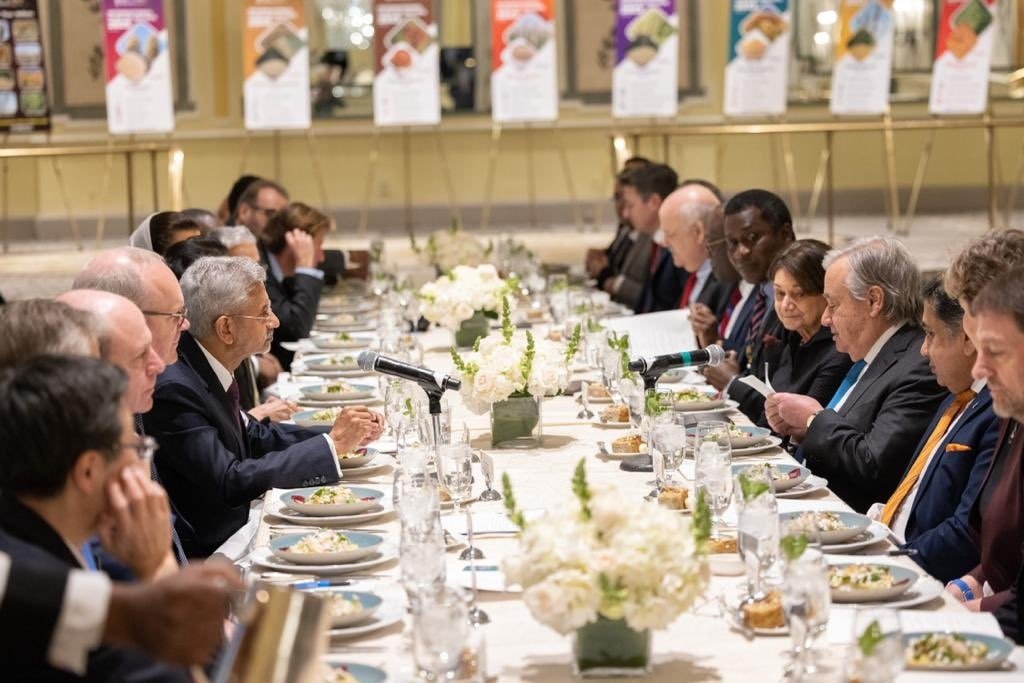 NEW YORK, NY (IANS) – Millets in all their gastronomic glory were on the menu at a luncheon hosted here by India’s External Affairs Minister S. Jaishankar to promote healthy diets using the often-overlooked nutritious foodgrain.

United Nations Secretary-General Antonio Guterres and members of the Security Council were guests at the five-course meal here on December 15.

The UN will be observing 2023 as the International Year of Millets because of a resolution sponsored by India that was unanimously adopted in 2021 by the General Assembly.

Jaishankar told reporters before the luncheon that he hoped to “familiarize the members of the Security Council” with “all the virtues of millets”.

The meal was prepared at the Pierre Hotel, a part of the Tata Group Taj Hotels by Executive Chef Ashfer Biju who bills himself as a ‘Crafter of Perishable Art’ and showed how an array of dishes can be whipped up from the humble millets, even chocolate cakes.

It started with an appetizer of winter grains and kale salad made of pearl millet, watercress, kale, green apple, avocado, and radishes with puffed millet and orange dressing.

They were served with millet and sprouted lentil poha, sweet corn and millet fritters with scallion chutney, along with cucumber raita and Indian bread.

The meal ended with petite fours.