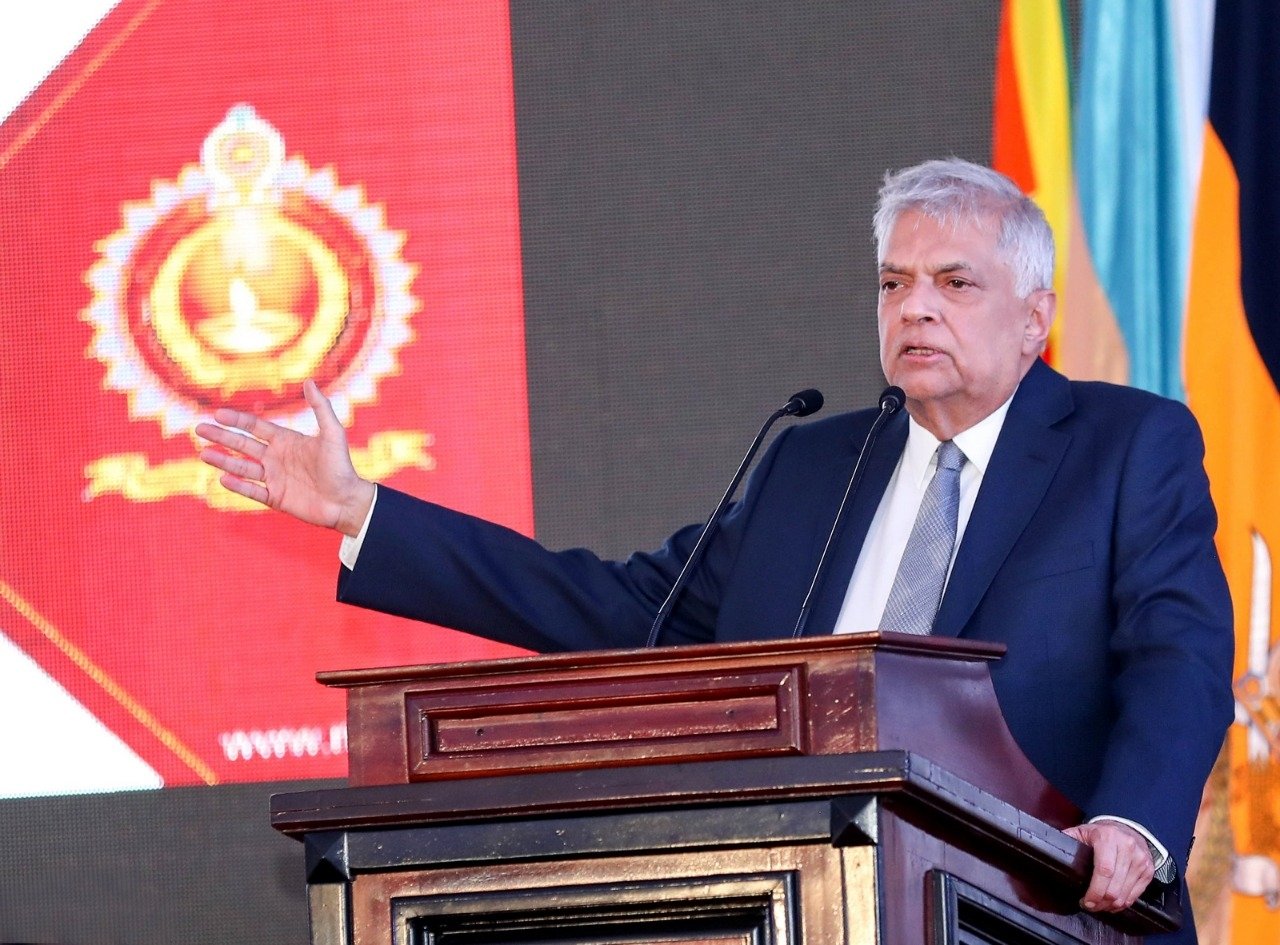 “That’s why we work with India on the Colombo conclave, on the trilateral security arrangements and many other fields, especially outside the military field of piracy, of human trafficking, of drugs. All those are useful ways in which we cooperate with India and the other island states,” he said, addressing the first-ever graduation ceremony of the National Defense College here.

Wickremesinghe who said that the China-run southern port in Hambantota would not be used as a military port but only a commercial port.

He noted that Sri Lanka will not participate in military alliances and does not want the problems of the Pacific coming into the Indian Ocean, while urging the countries in the Indian Ocean region to come together to look at how best to maintain stability of the region.

Wickremesinghe noted that if there is security significance, it is in the Australian

port of Darwin where the Chinese ports are operating side by side with the area the Australian and US forces used for training.

Referring to Sri Lanka’s military in southern part of the country, he said: “We have a divisional headquarters of the army, and we have a detachment of the air force. But none of them are involved. They only ensure that this is a commercial port and no less.

The President also expressed hope that the next agreement Sri Lanka has with China, will not cause such speculation, and it is only about debt reduction for Sri Lanka.