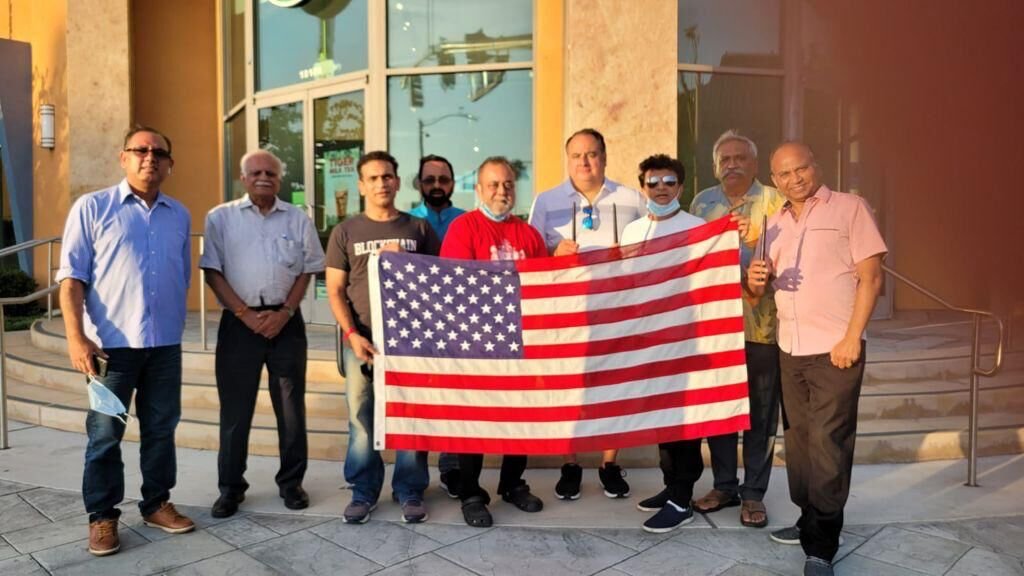 ARTESIA, Calif. – The Indo-Cultural Society of North America, along with other Indian American organizations, held a vigil here recently to pay homage to the martyred soldiers who died in the attack at Afghanistan’s Kabul airport.

More than 100 people were killed in the Aug. 26 attack reportedly by ISIS militants outside Kabul airport, in which 13 U.S. personnel were also killed. Demonstrations by Indian Americans across the nation were held to protest the attack last week.

Mayor Trevino said the act of terror was like an attack on humanity. Yogi Patel and Parimal Shah condemned the attack and said no civilized society can tolerate this brutal act of terror, adding that terrorists are humanity’s enemies.