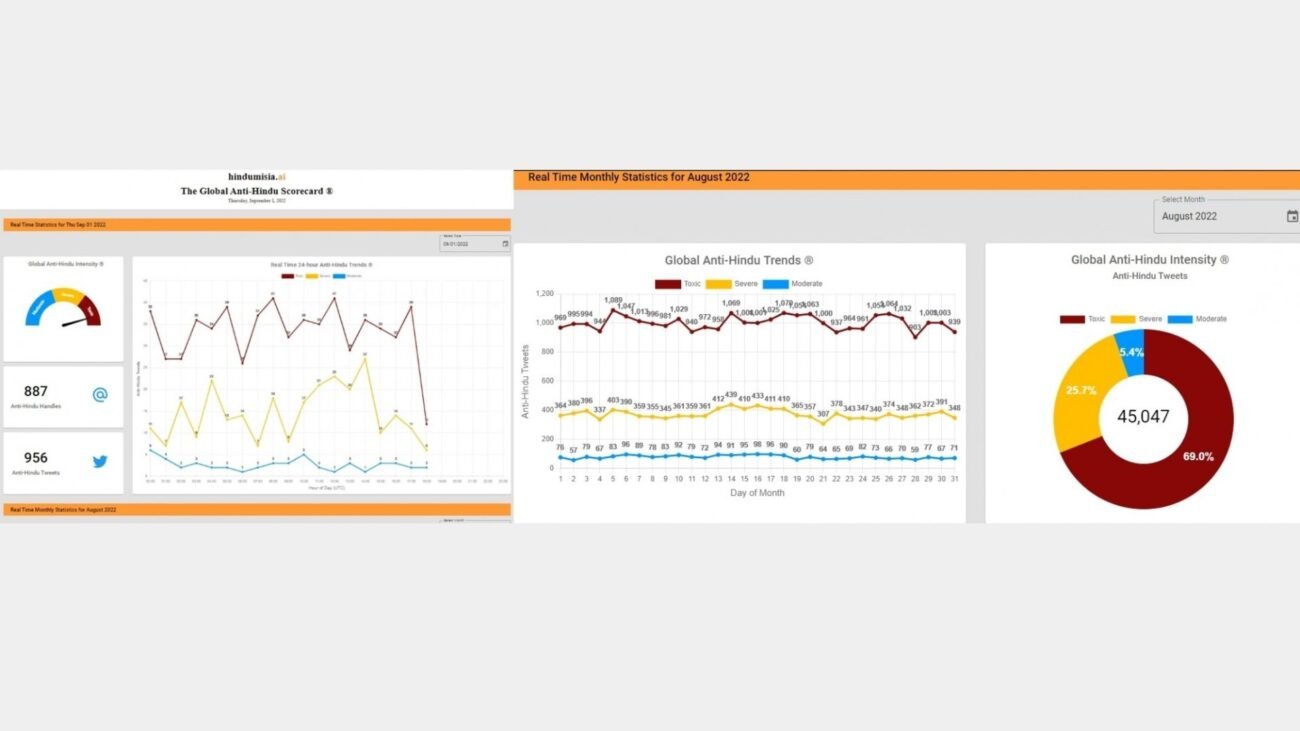 NEW YORK, NY (IANS) – As more anti-Hindu incidents are reported across the US, artificial intelligence has been deployed to monitor Hinduphobic tweets and the results, which can be viewed in real-time, are also collated and published in monthly reports, according to Ramesh Rao, the editor of India Facts, a US-based publication.

Hindumisia.ai collects Hindu-related tweets and analysis them for Hinduphobic content and presents them online as a real-time barometer of sentiments against the religion and those affiliated with the faith.

The tweets are graded for their “anti-Hindu intensity” as “moderate”, “severe”, or “toxic”.

It also analyses tweets submitted by readers in a transparent manner and rejects as “not Hindumisic” those that don’t meet its strict criteria.

“It is time for us to do such reporting in a consistent and systematic manner so that we can present to the world that slice of the social media world that is rife with hatred of Hindus and Hinduism,” said Rao, whose publication produces the monthly reports partnering with Hindumisia to publish the monthly reports.

He added that Hindumisia has been checked for false positives and its builders “are now confident about the veracity, reliability and validity of the data collected, leading to the publication of the monthly reports”.

Ramsundar Lakshminarayanan, a Chicago-based IT executive with experience in Data Analytics, who created the app monitoring Hinduphobia on Twitter, said, “The next step in this process is to use this AI model to analyze data from other social media platforms.”

He added that “more sophisticated network analysis” needs to be done “to understand how these Hinduphobic tweets or messages are shared among groups across the world and who might be involved in spreading this hatred against Hindus and Hinduism”.

“Much of this hate might potentially be enabled if not encouraged, insidiously or indirectly, by mainstream media and by some scholars is a very much a cause for concern, and India Facts will continue to highlight such attitudes and such messages,” Rao said.