HomeSportsInterview with Neeraj Chopra: ‘Biopic Can Wait, Want to Focus on the Game for Now’

Interview with Neeraj Chopra: ‘Biopic Can Wait, Want to Focus on the Game for Now’ 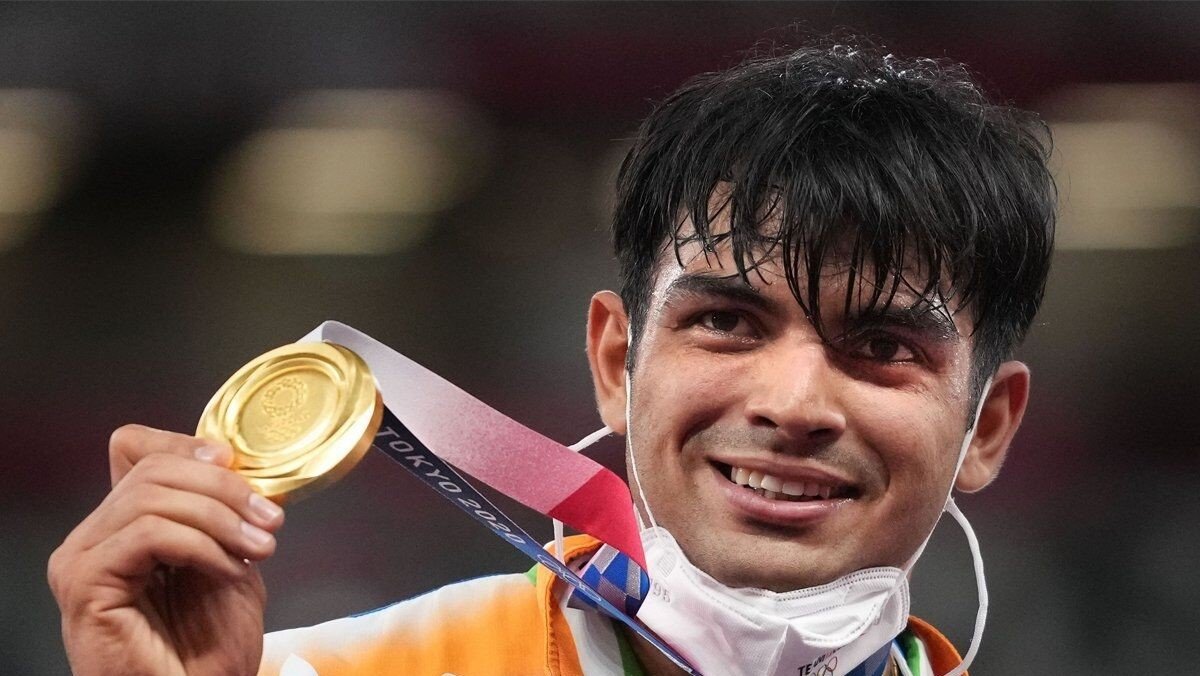 Interview with Neeraj Chopra: ‘Biopic Can Wait, Want to Focus on the Game for Now’

TOKYO – Neeraj Chopra, who made history Aug. 7 by winning India’s first-ever gold medal in athletics at the Olympics, is now setting his sight on next year’s Asian Games, Commonwealth Games and the World Championships. Excerpts from an interview with the star Indian athlete:

Q: What does it feel like to be India’s first-ever track and field medalist?

A: Feeling great to win the first medal in track and field for India, that too gold. It has been a very fantastic start. Can’t express it in words. It was a very proud moment when our country’s national anthem was playing and I was standing on the podium with the gold medal. I think future will be great for Indian athletics.

Q: You dedicated your medal to Milkha Singh.

A: The reason behind it was that I used to watch a lot of videos of Milkha Singh. He used to say that anyone from our country who used to go to the Olympics and fall short by a small gap in the medal race, should go and get a medal. When the national anthem is on, there’s nothing like it. When I won the gold and the national anthem was playing, I felt that. I was sad that he isn’t among us anymore. But in my mind, his long-standing wish was fulfilled by me. Wherever he is, his dream has been fulfilled now. Other athletes like PT Usha mam, who came fourth and missed out on the medal, must have been very happy. Her long wish came true.

Q: During the final on Saturday, what was going through your mind after each throw? When did you start feeling that you could actually win a gold medal?

A: When the final was on, there was only one thought in my mind. It was that I have to give my best on every throw. The body was fine. I felt that I will do my personal best today. But our sport, javelin throw, is a very technical event. If there is even a small issue, then it makes a difference in distance. No worries on not breaking the national record or doing my personal best. But winning an Olympic gold has a different sheen of its own. I felt that gold was mine when the last throw was done for all because till that time [my] focus was only on the final.

Q: How good does this medal feel after the way the past 3 years have been? You missed out on 2019 due to injury and then the pandemic hit. How does it feel now to look back at those years and the efforts you made then?

A: I feel this gold medal has healed everything – the damage caused by 2019 due to injury and 2020 due to Corona. The Olympic medal, especially gold, is the dream of every athlete. I feel that the time which came in between, I have no qualms about it. The time I endured to get the gold medal, I feel immensely satisfied about it.

Q: What did your coach Klaus Bartonietz tell you before the final on Saturday? Did you speak to anyone before? Your family or friends?

A: Before the final, Klaus told me to try to do the first throw very well, just like I did in the qualification round. I spoke to my younger uncle Bhim Chopra. I spoke to my senior Jaiveer too. I don’t speak much, just little things. Everyone I talked to felt that something good will happen and told me to compete with full heart. When I won the gold, everyone was delighted.

Q: You have been training with Klaus for 2 years now. How much of a role has he played in your journey to the top of the Olympic podium? In what ways was he different from Uwe Hohn?

A: I have been training with Klaus since 2019. He has contributed a lot in me winning the medal. His training plan and technique suits me very well. I was with Uwe in 2018. I worked a lot with him to improve my strength. On the technical side, yes, he was a little different in conveying technique. It felt a little different for me. When I started working with Klaus, his way of talking through technique suited me. Every coach has his own way of doing things and you get to learn something new from them. I want to say ‘Thank You’ to Uwe sir. For Klaus sir, he made me train with full dedication and the result is there.

Q: Standing on top of the Olympic podium, listening to the national anthem play and the national flag hoisted. What was that feeling like? What was going through your mind?

A: It felt like whatever hard work and the obstacles came in between, seeing the gold medal, the national flag and listening to the national anthem have made them disappear from my mind. It was all worth it. There are no words to describe those feelings. They can only be felt. I know how it feels.

Q: What is the next goal now for Neeraj Chopra, the athlete?

A: Now that I have won the gold medal, I will celebrate a bit with my people at home. If I do my training very well, then I will go into some competitions this year. Otherwise, I will focus on the Commonwealth Games, Asian Games and World Championships next year.

Q: You have been getting a lot of attention on social media and you’ve gotten millions of new followers in the past few days. How do you see all this new attention, now that you’re a social media star?

A: I did see that lots of followers have increased on social media, especially after the Olympic gold medal because everyone saw the final. It feels good because sometimes I post tweets related to exercise, throwing and competition results. Feels great that everyone congratulates me with nice comments. But I always try to stay focused on the game. Sometimes I use social media to share something. These small doses of enjoyment are needed.

Q: Your mother says she is waiting at home with Choorma. What is your plan when you return to India? What would you like to spend the next few weeks doing?

A: I will go to my home and eat anything my mother makes, including Choorma. The purpose for which I came to Tokyo is done. The plan is to come to India, eat home-cooked food, celebrate with my people and then get the training started.

Q: There are lots of people who have worked behind the scenes in your journey. Who all would you like to remember as playing a role in your journey from Khandra to Tokyo?

A: I want to say thank you to everyone as the support from all is the reason why I could achieve this medal. TOPS (Target Olympic Podium Scheme), SAI (sports Authority of India) and the Athletics Federation of India (AFI) have contributed a lot. My sponsor, JSW Sports, who have been supporting me since 2015, have supported me a lot. Whenever I needed something, they have always stood by me. Even Indian Army supported me. All the support has helped me stand where I am right now.

Q: People are saying that you should play yourself in your biopic! What do you think about that, and if not you, who would you prefer to see playing you on screen?

A: I don’t think much about it. For now, keeping focus on the game is necessary. When I will leave the game, then the biopic will be appropriate. Because the endeavor right now is to get better results and win more medals for the country so that new stories can come in life. Till the time my career in sports is on, I am not thinking of the biopic. It can wait. There will be no problem in coming to it after I retire.