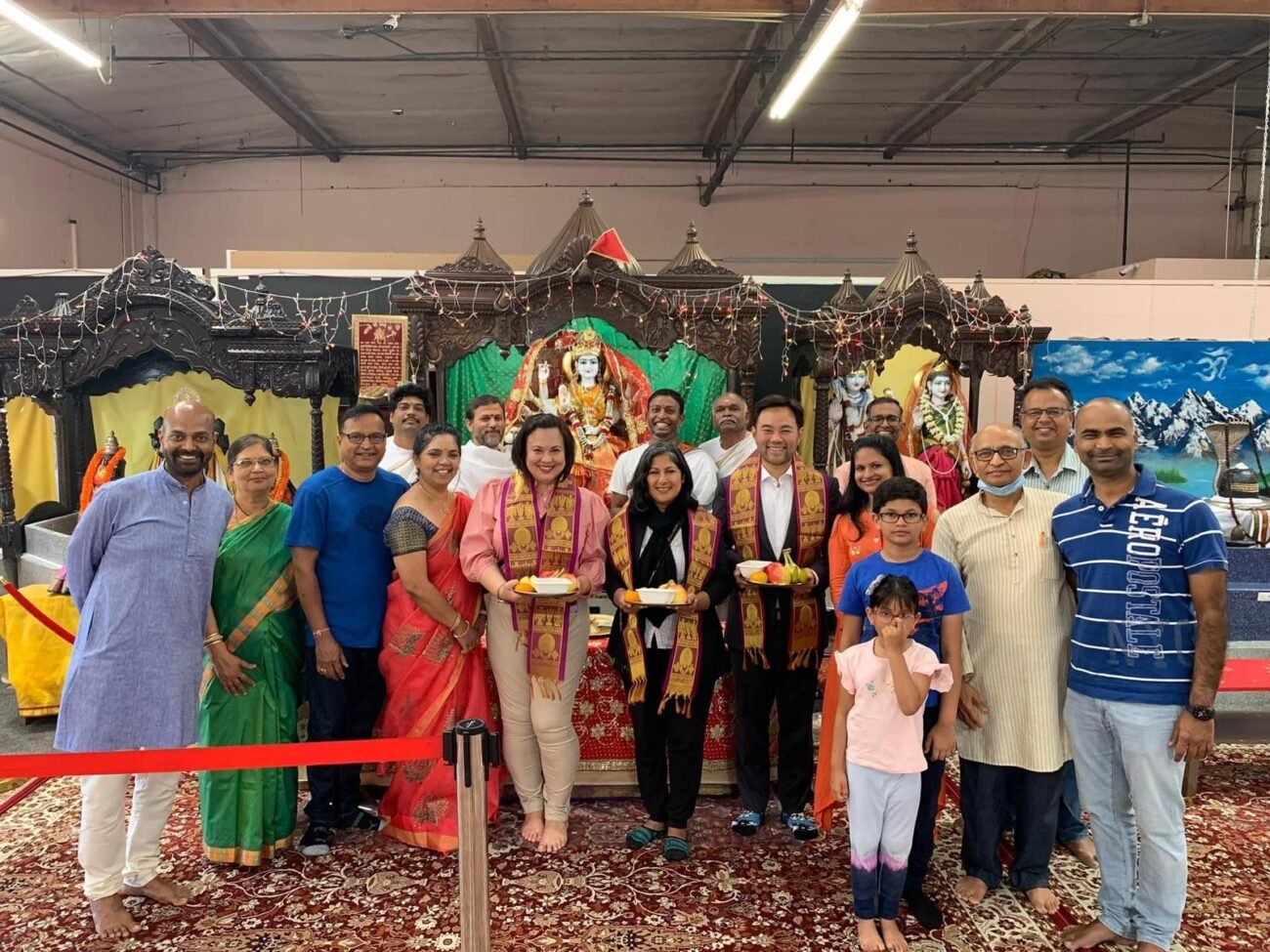 IRVINE, CA – The devotee-owned Mandir, in this Orange County city, venerated the Guru on July 13 in celebrations that drew devout community members.

A special service was performed by the priests who honored the visiting city officials with shawls and books on Hinduism. They were given a tour of the temple premises and offered explanations about Guru Purnima.

They were also told about Sanatana Dharma and how it is all about personal choice, learning, questioning, logic, diversity, equality, environment, inclusivity, etc, a press release said.

The Mandir has a popular 24-poster Darshana exhibit which it takes to different sites to explain the basic contributions of Indic civilization over the centuries. Mayor Khan remembered inaugurating it and was appreciative of the temple’s efforts.