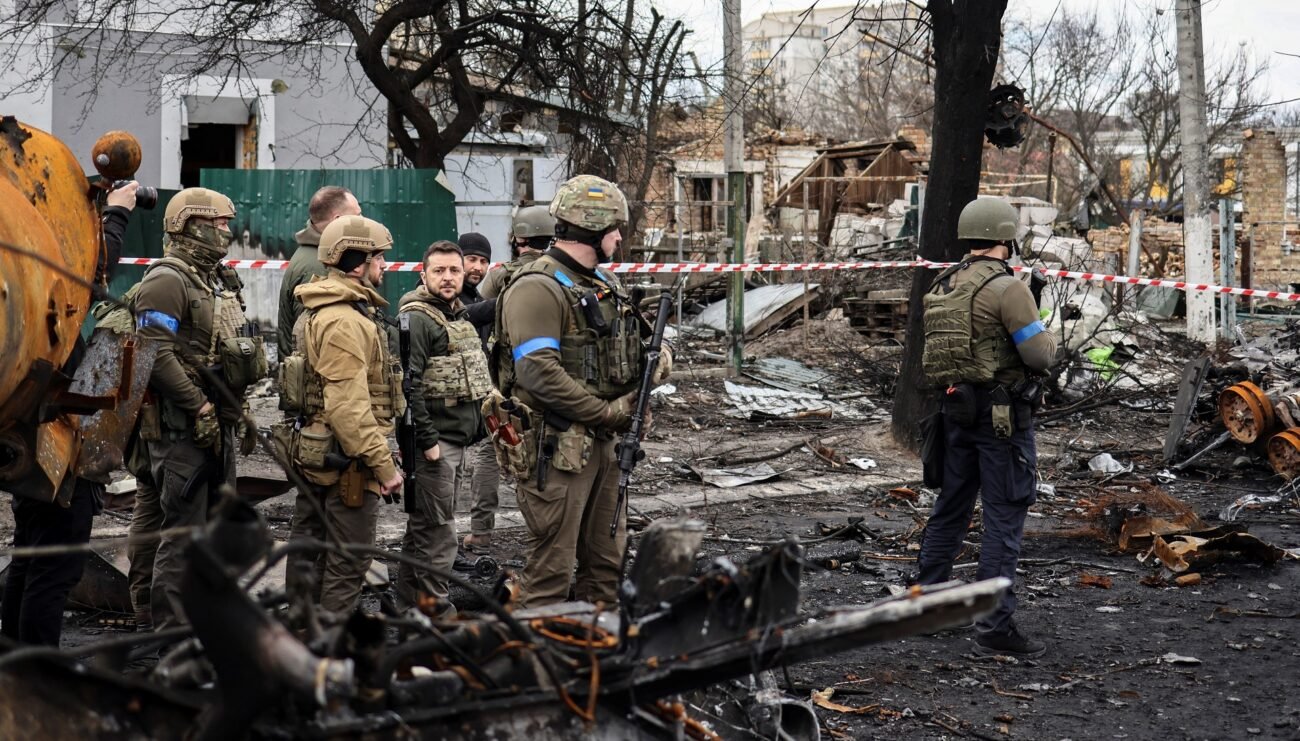 The last time nuclear weapons were used for war purposes was towards the end of the second world war in August of 1945 when the United States dropped nuclear bombs in Japan. Many more sophisticated and long-range nuclear weapons have been developed and tested by several nations throughout the seventy-five plus years since then. Yet, the general belief has been that use of such destructive weapons in a conflict is a very remote possibility simply because such weapons will cause ‘mutual annihilations’ of the powerful nations who possess such capabilities. With the current war situation in Ukraine, that thinking, or presumption is starting to shift.

Most intelligence reports suggested that Russia, with its vast military might, thought that the invasion into Ukraine would be a relatively easy campaign, not unlike taking over Crimea in 2014. But, the Ukrainians, with their determination and

s inspiring leadership, have already proven it to be otherwise. So, Russia has now resorted to massive destruction of Ukraine, brutal murder of the civilians and creating over five million Ukrainian refugees in two months. President Vladimir Putin’s actions in Ukraine have already proved that he is willing to go any length to assert Russia’s power and he is not showing any sign of backing down.

The diplomatic efforts of the United States have certainly been very effective in getting NATO united behind Ukraine. Countries like Germany that did not want to support Ukraine with any weapons earlier are now shipping arms. The United States has been already shipping some very modern and sophisticated weapons to Ukraine. President Biden last week asked Congress to approve an additional $33 Billion of arms and other aid for Ukraine and he said that there is much more to come. These American weapons will replace the old Soviet built weapons that the Ukrainians have been fighting with so far.

Reports indicate that Russia has already lost over 15,000 troops, 2000 armored vehicles (including tanks) and 60 aircrafts. The precisely targeted American weapons are designed to cause significantly more damage to the Russian military. It is very conceivable that Russia will be cornered not just diplomatically and economically, but also militarily. The question becomes where Russia would go from there.

With the progress of the war, American support for Ukraine in political terms has intensified. House Speaker Nancy Pelosi along with a congressional delegation just met with President Zelensky to show support. Prior to that, Secretary of State Anthony Blinken and Secretary of Defense Lloyd Austin completed a tour and meetings with the leaders of Ukraine and the European allies. Secretary Austin said during the trip – “We want to see Russia weakened to the degree it can’t do the things it’s done in the past.” The original US plan was to protect Ukraine’s sovereignty. But now Secretary Austin’s statement seems to point to a greater goal. Russia, in the meantime, has ratcheted up its own rhetoric. The possibilities of Russia using ‘tactical’ nuclear weapons have been aired at many quarters soon after the war started a couple of months ago. Tactical nuclear weapons are designed for short range targets, meaning within Ukraine or other eastern European countries.

President Putin has warned those who intervene in Ukraine and “create unacceptable threats for us that are strategic in nature”, that the Russian response will be “lightning fast”. Russian Foreign Minister Sergei Lavrov declared that the threat of nuclear conflict is “serious” and “should not be underestimated”. These are no doubt rhetorical, but the world has not witnessed the two super-powers exchange such verbal threats earlier. With all the diplomatic efforts to end the conflict failing and with the backdrop of such catastrophic destruction and loss of lives taking place in Ukraine, it is hard to dismiss these threats as pure rhetoric.