HomeAmericasCommunityKapil Dev in NY: Play Sports For The Love of it

Kapil Dev in NY: Play Sports For The Love of it 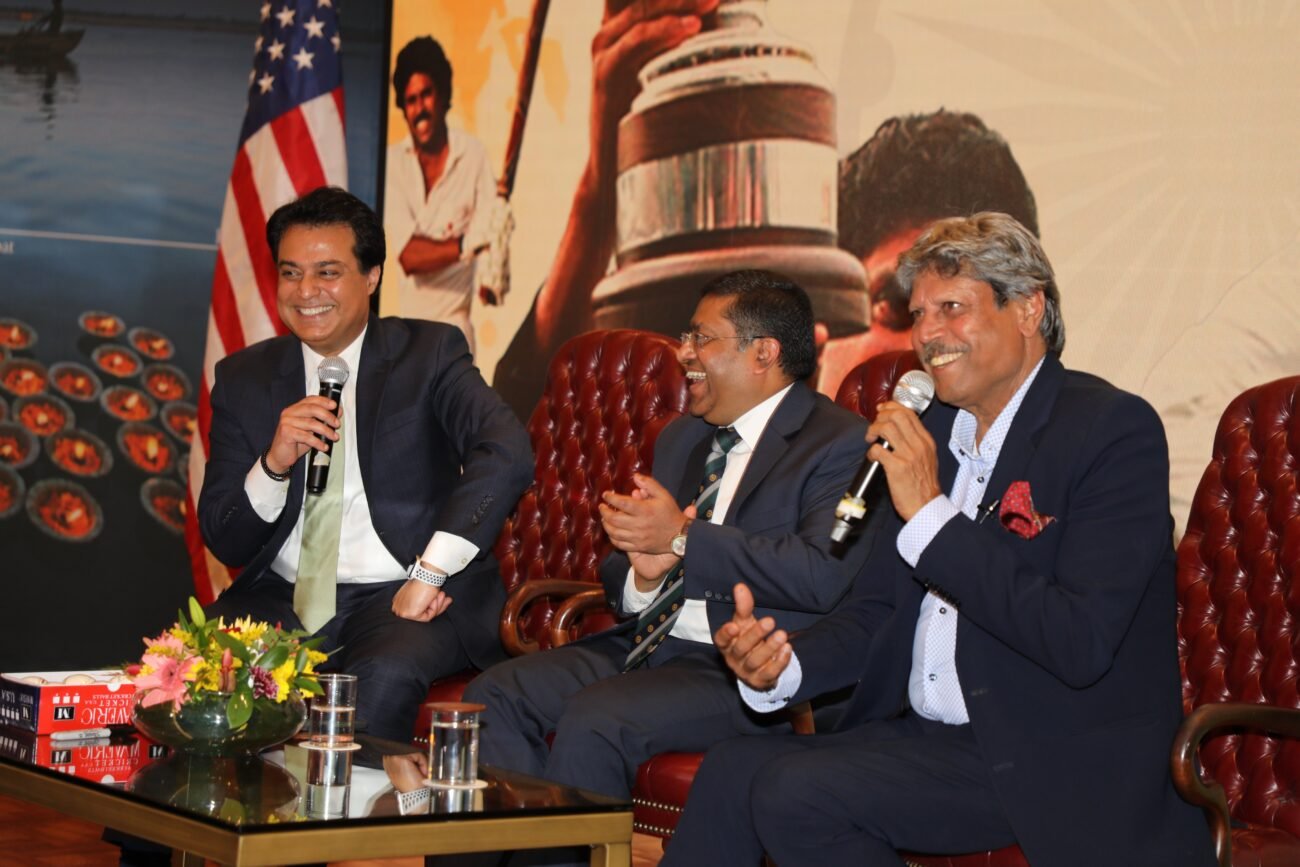 Kapil Dev in NY: Play Sports For The Love of it

NEW YORK, NY (IANS)- India’s first world-cup winning cricket captain Kapil Dev urged kids to play sports for the love of it, and community leaders to think in terms of delivering cricket pitches so that more people could take up the game in New York and other places in the United States.

The state passed a law earlier this year amending the existing framework to include “the promotion and expansion of cricket in the state of New York to the jurisdiction of the state athletic commission.” The local cricket leagues are thrilled with this decision.

Kapil Dev answered questions with his signature humor and candor at a fundraiser- event for cricket’s uptake in New York. Kapil Dev’s presence drew eclectic fandom to a packed room at the Indian Consulate in uptown Manhattan.

Kapil Dev’s free flowing conversation with the audience was based on crisscrossed sport, philanthropy, and memories of the 1983 cricket World Cup.

He was asked whether he really didn’t know he had broken a world record during his historic 175-run knock against Zimbabwe.

“I didn’t know nothing about what the world record is,” Dev said. “Ninety-seven to 98 percent this movie (‘83) is true whatever they showed.”

Kapil Dev went back in time to when he was “very young” and playing for his home state Haryana. Back then, Kapil Dev’s team beat Mumbai in a 5-day match.

“If I had to pick my best five matches, that Mumbai match would very much be on the top,” he said.

Did any batsman intimidate him? “Anybody I can’t take wicket, I get intimidated by,” he explained. He brackets Sunil Gavaskar and Vivian Richards as the greatest batsmen he bowled to.”Apart from Sunil Gavaskar – because I played alongside him a lot and ‘ghar ki murgi daal baraabar’ – without doubt Richards,” he said.

Kapil Dev did not translate the daal and murgi idiom for the benefit of his invited audience at the Indian mission. He was implying that we don’t often covet our own greats.

Throughout the evening, Kapil Dev kept circling back to the theme of parents, children, and goal setting. “My job, indicating the role of the parents is (I) want to see what your passion is,” he said.

“So, you should have a passion, not your father,” Kapil Dev said, pointing in the general direction of young cricket players who had come to meet him.

“The first step is giving them the ground where they can go and express themselves,” Kapil Dev reminded local cricket administrators in the audience.

“That’s more important than to start looking for the champions.”

Kapil Dev is on a U.S. fundraising tour for his nonprofit Khushii, which helps educate underprivileged children.