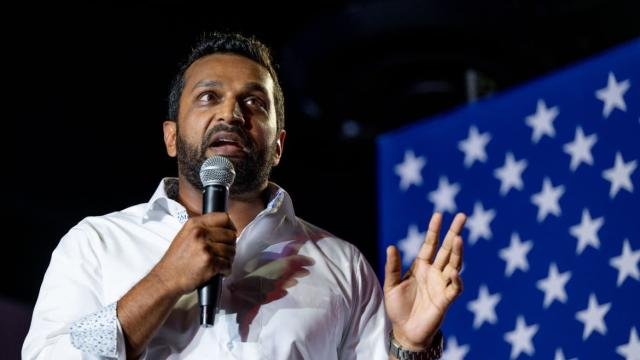 WASHINGTON, DC – “Kash Patel better get an attorney soon,” former FBI Assistant Director Frank said on The Dean Obeidallah Show, “Because Kash Patel was the guy saying, ‘I knew all about this standing declassification order. I know all about it.'” Figliuzzi was speaking on August 26 after Patel’s name came to light in the affidavit that was used to retrieve classified documents by the FBI from former President Donald Trump’s Mar-a-Lago residence.

The Indian American had served as Chief of Staff to acting Secretary of Defense Christopher Miller in the Trump administration. Patel was referenced in the affidavit in connection with his claim that Trump had already declassified the documents that were recovered from Mar-a-Lago earlier this month, which reportedly contained sensitive information related to nuclear weapons.

Trump had also designated Patel as one of his two representatives to the National Archives for dealing with his records, classified and otherwise.

In what the ‘Daily Beast’ reported as a ‘meltdown,’ Patel lashed out at the Department of Justice for leaving his name unredacted in the document, saying in a Truth Social post that revealing his name was “politicization by DOJ at its finest.”

He wrote, “This same FBI has been investigating death threats made against me due to baseless political overreach by government gangsters and in their greed for political vengeance, have threatened my safety again. Brown Lives Matter. These gangsters are on notice.”

The FBI that Patel now terms as ‘government gangsters’ David Ignatius at the ‘Washington Post’ reports, was the same organization that Trump had tried to install him in as deputy director. Former Attorney General William P. Barr has written in his memoirs that Patel would have got the job “over my dead body,” explaining that “Patel had virtually no experience that would qualify him to serve at the highest level of the world’s preeminent law enforcement agency.” When Trump tried to install Patel as deputy CIA director, Gina Haspel at the helm threatened to quit and the then President backed down.