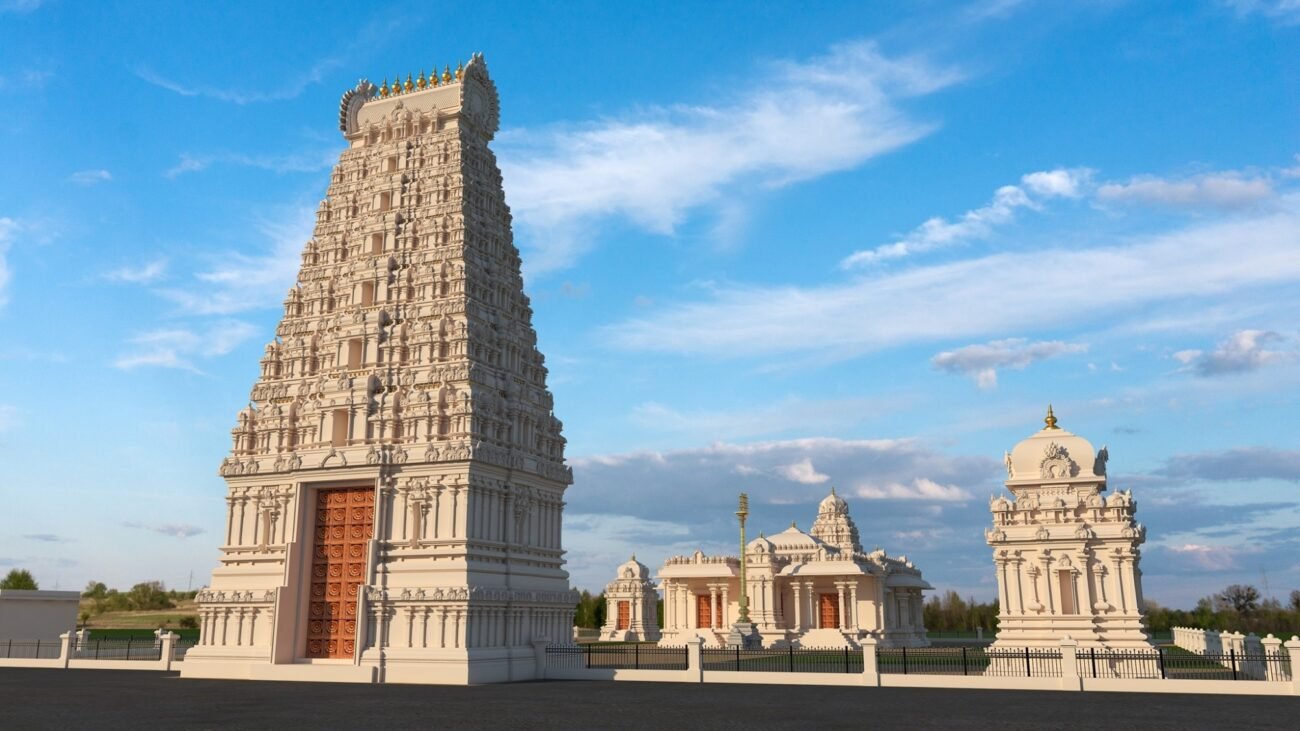 CARY, NC (IANS) Adding on to the Diwali cheer among Hindu Americans, a new 87-foot tower at the Sri Venkateswara Temple in Cary was inaugurated in the presence of hundreds of devotees by North Carolina Governor Roy Cooper.

The completion of the tower, named “Tower of Unity and Prosperity”, comes 13 years after the temple construction started in 2009, and is now the tallest of its kind in North America.

“What a wonderful day this is, especially in times of trouble… walking into this temple with reverence and leaving your worries on the outside for just a while… That’s something we all need to do, but then we can always leave the temple with even more determination than ever to address those worries, and to make sure we’re doing something about it,” Cooper said addressing the community.

Approval for the tower was granted in 2019, and construction began in April 2020, “right at the onset of the coronavirus pandemic,” Lakshminarayanan Srinivasan, general secretary of the temple’s board of trustees, told Raleigh News & Observer.

According to Srinivasan, the “donate a brick” program, which invited Indian Americans from across the country to donate whatever they could to help see through the tower’s completion, saw around $2.5 million come in from more than 5,000 donors.

Srinivasan said that there are additional plans for expansion, including an assembly hall that would be built next to the temple. He added that there are plans to build fountains and a “manicured landscape” to surround the temple.

The temple is modeled after the famous Sri Venkateswara Temple in Tirupati. It came into being after there was a growing demand by Indians living in the Triangle area of North Carolina, who wanted the grandeur and minutely detailed artwork of South Indian temples reproduced here.

Fourteen artisans were brought in from India to hand-carve the temple’s decorative Hindu idols out of cement.

The expansion of the temple comes at a time when the Indian population in the Triangle area, also known as Raleigh-Durham-Chapel Hill, is growing. According to Indian American Impact, 425,000 Asian Americans live in NC with Indian Americans making up the largest ethnic group.

According to 2021 census estimates, over 51,000 Indian-Americans lived in Wake County in NC, and 57,000 in Wake, Durham and Orange counties combined.