HomeEntertainmentCinemaLike Husband Virat Kohli, Anushka Sharma is a Cricketer Too! 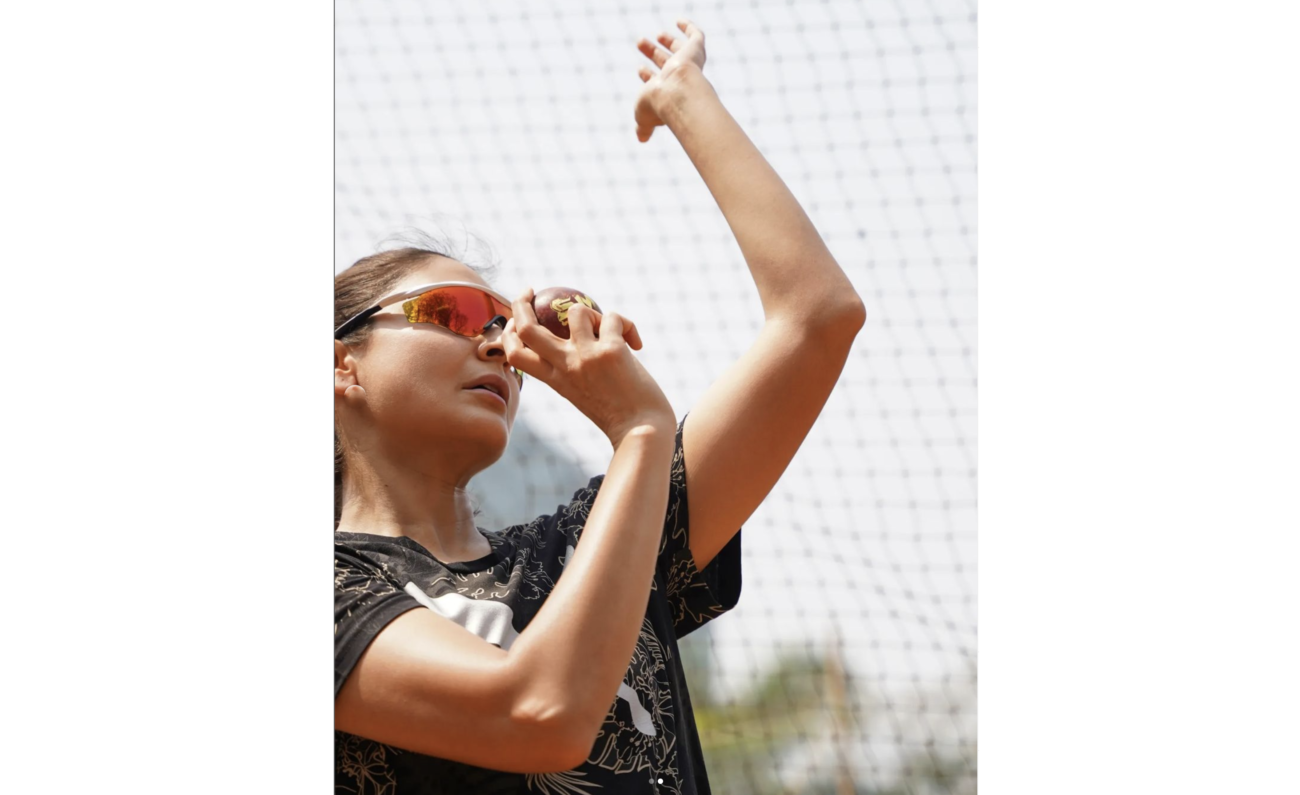 MUMBAI (IANS) Anushka Sharma, who is known for her work in films like ‘Band Baaja Baaraat’, ‘Sultan’ and ‘Sanju’, is currently prepping for her upcoming biopic ‘Chakda Xpress’ in full swing.

She recently shared a video showing the course of her preparations for her role of the celebrated Indian fast bowler Jhulan Goswami in the movie.

Anushka took to her Instagram and posted the video of her cricket practice at the nets and captioned it “Get-Sweat-Go! #ChakdaXpress #prep getting hard and intense as we are counting days”. The actress is making her return to the movies after her pregnancy with the said film.

Talking about Jhulan Goswami, the cricketer holds the world record for the highest number of wickets taken by a woman in an international career.

She recently also became the joint highest wicket-taker in women’s World Cup history at the ongoing ICC World Cup. Jhulan equaled the tally of 39 wickets taken by Lyn Fullston of Australia from 1982 to 1988.

‘Chakda Xpress’ directed by Prosit Roy and written by Abhishek Banerjee, traces Jhulan’s inspirational journey as she charts her own course despite the hindrances posed by misogynistic politics.

Tasting the success through her determination and grit, she rose to the position of the skipper of the Indian women’s national cricket team. In 2018, an Indian postage stamp was issued in her honor.