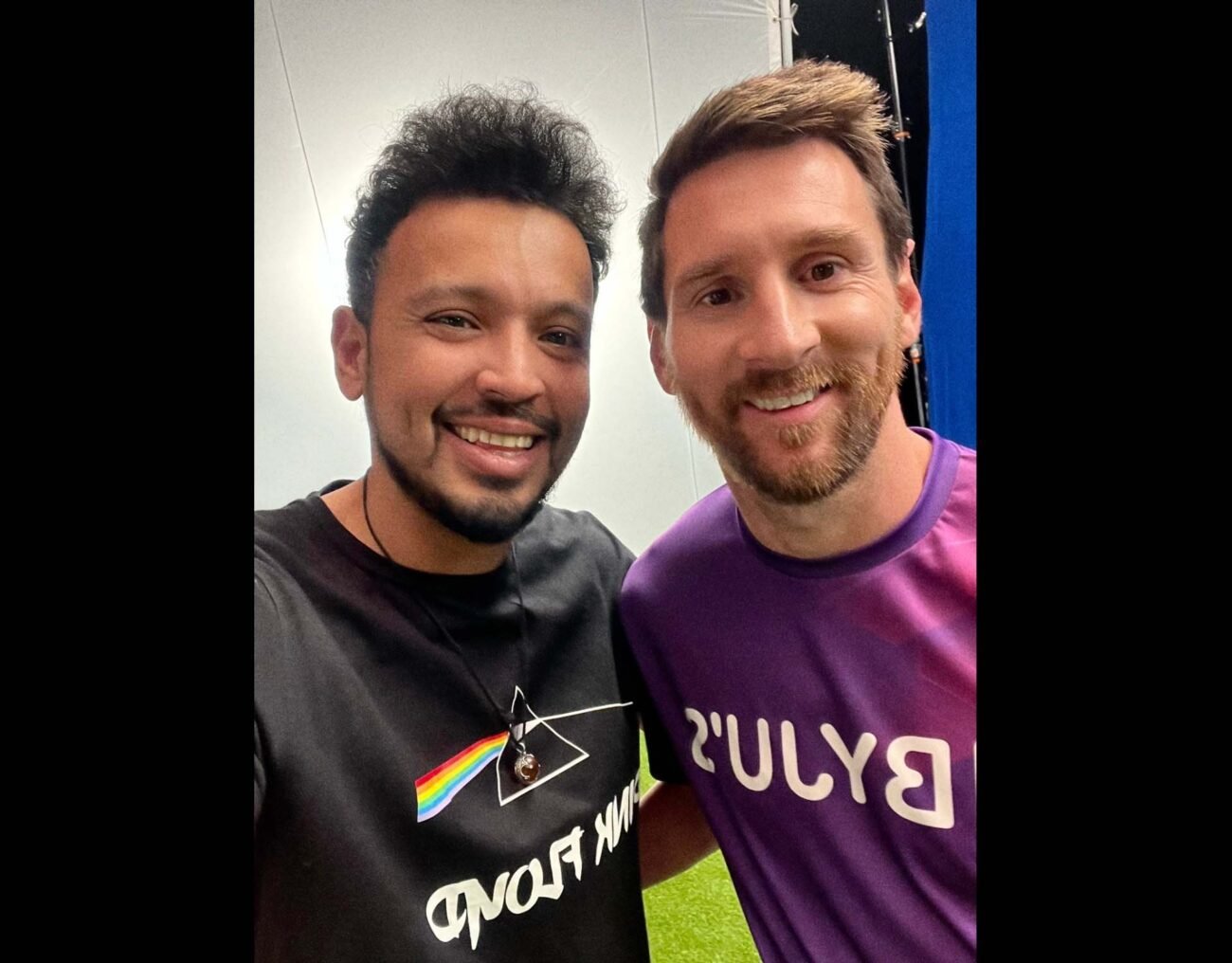 Sharing more about this dream shoot, Shrestha said: “For those who know me would know I’m a big fan of Lionel Messi since he was 17 and a professional shoot was on the top of my Wishlist ever since I picked up the camera professionally in 2010. I got the chance in Paris & my dream shoot was just a flight away. After Zinedine Zidane, this was my second shot with an international Footballer.”

Speaking of his experience Shrestha said: “My hands were shaking, my heart was pumping fast, my palms were sweaty while I was doing the shoot but yes I did it.”

“After the shoot, I had the chance to speak with him & his team. Messi was then informed that I was a huge fan and that’s when he came up to me and hugged me. This was the best moment of 2022 for me and possibly in my career.”

“I eventually decided to wait for these pictures to be released as I was convinced that Lionel Messi is going to win the World Cup and I would release it after, and he did.”