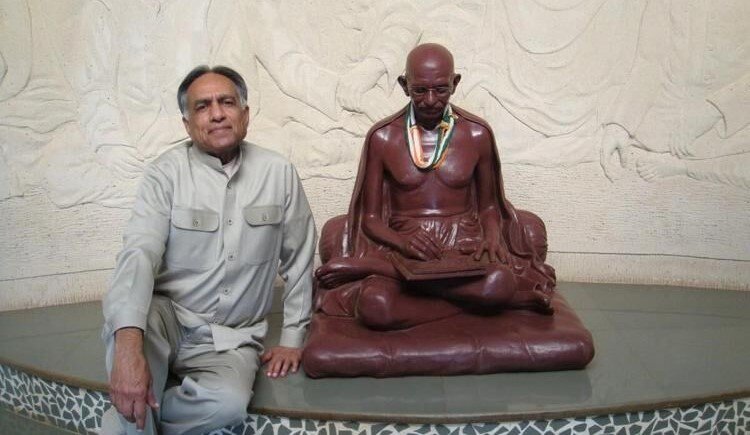 He co-edited the book with Rita Agrawal, director and professor at the Faculty of Management and Technology, Harish Chandra Post Graduate College in India.

According to the publisher, this book examines what Gandhian thought contributes to the conceptualization of wisdom and its application in the 21st century. It draws together leading international researchers and practitioners to combine an in-depth understanding of Gandhi’s philosophy with the latest research from psychology and allied social sciences.

Amongst the topics explored are Gandhi’s silence, fasting, vows, self-efficacy, self-control, and more, illustrating what he offers not only to the study of wisdom within psychology, but across a broad range of disciplines and professional enterprises.

“It is invaluable to students and scholars of Gandhian studies, the psychology of wisdom, management and peace psychology; as well to readers with a general interest in the application of Gandhi’s wisdom today,” it said.

Kool told India-West in an email that although the Gandhian concept of “aparigraha,” or non-possession, has been considered to be utopian, a British entrepreneur has been successful in implementing it in his enterprise in the U.K., Australia and Japan and intends to initiate in India, too. He has contributed a chapter in this book, describing how he implemented aparigraha to boost productivity substantially.

“This book is the result of our sustained effort lasting over four decades to bring home, and for the first time, to the scientific, modern psychology community that Gandhi, indeed, must be known as the founding father of psychology from the East — no less than William James in the USA or Wundt in Germany/ Europe,” Kool noted.

With wisdom at its central theme, the Indian American added that scholars from a wide range of disciplines at the University of California at Berkeley, Stanford, Notre Dame, Duke, and more have contented in this book that “irrespective of our political, religious or other leanings, Gandhi’s wisdom is our solid optimism to survive in the 21st century and beyond.”

Agrawal has authored seven books, including “Stress in Life and at Work” and “Psychology of Technology” and has been the recipient of both national and international awards.