HomeIndiaMadhavan is a Proud Father as Vedaant Breaks Swim Record

Madhavan is a Proud Father as Vedaant Breaks Swim Record 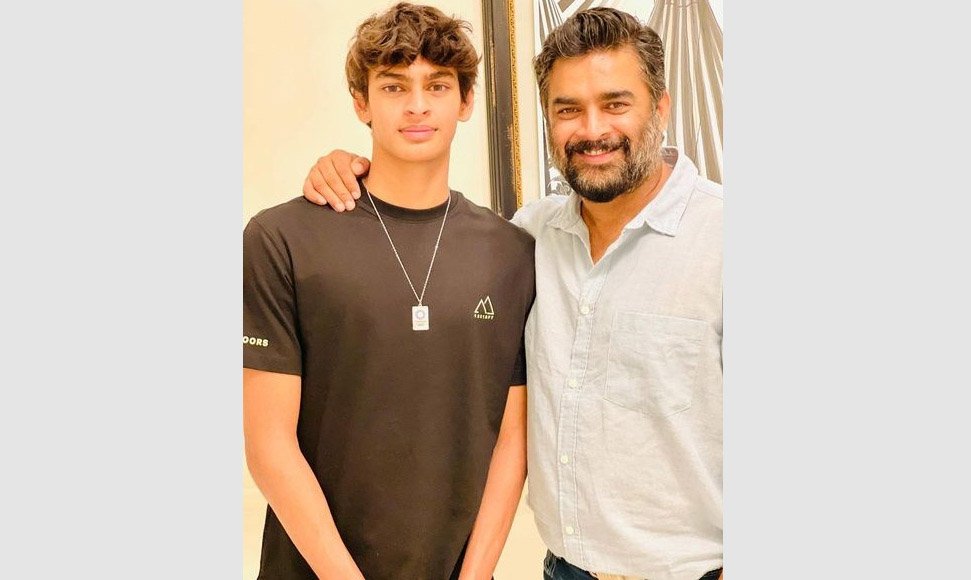 Madhavan is a Proud Father as Vedaant Breaks Swim Record

CHENNAI, (IANS) – Actor Madhavan’s son Vedaant Madhavan has broken the 1500 meters National Junior Record in swimming, much to the delight of his father. Taking to social media to make the announcement, Madhavan said: “With the Grace of God and all your blessings, Vedaant breaks his first meet record of the 1500 m freestyle at the National Junior Aquatic Meet.”

This isn’t the first time Vedaant is winning medals in swimming. Earlier this year, the youngster did the country proud by winning a gold and a silver medal at the Danish Open in Copenhagen.

Last year, the 16-year-old swimmer had won four silver medals and three bronze medals at the 47th Junior National Aquatic Championships which were held in Bangalore. Before that in March last year, Vedaant had won a bronze at the Latvian Open Swimming Champion event.