Madhuri & Sanjay Speak of their Chemistry 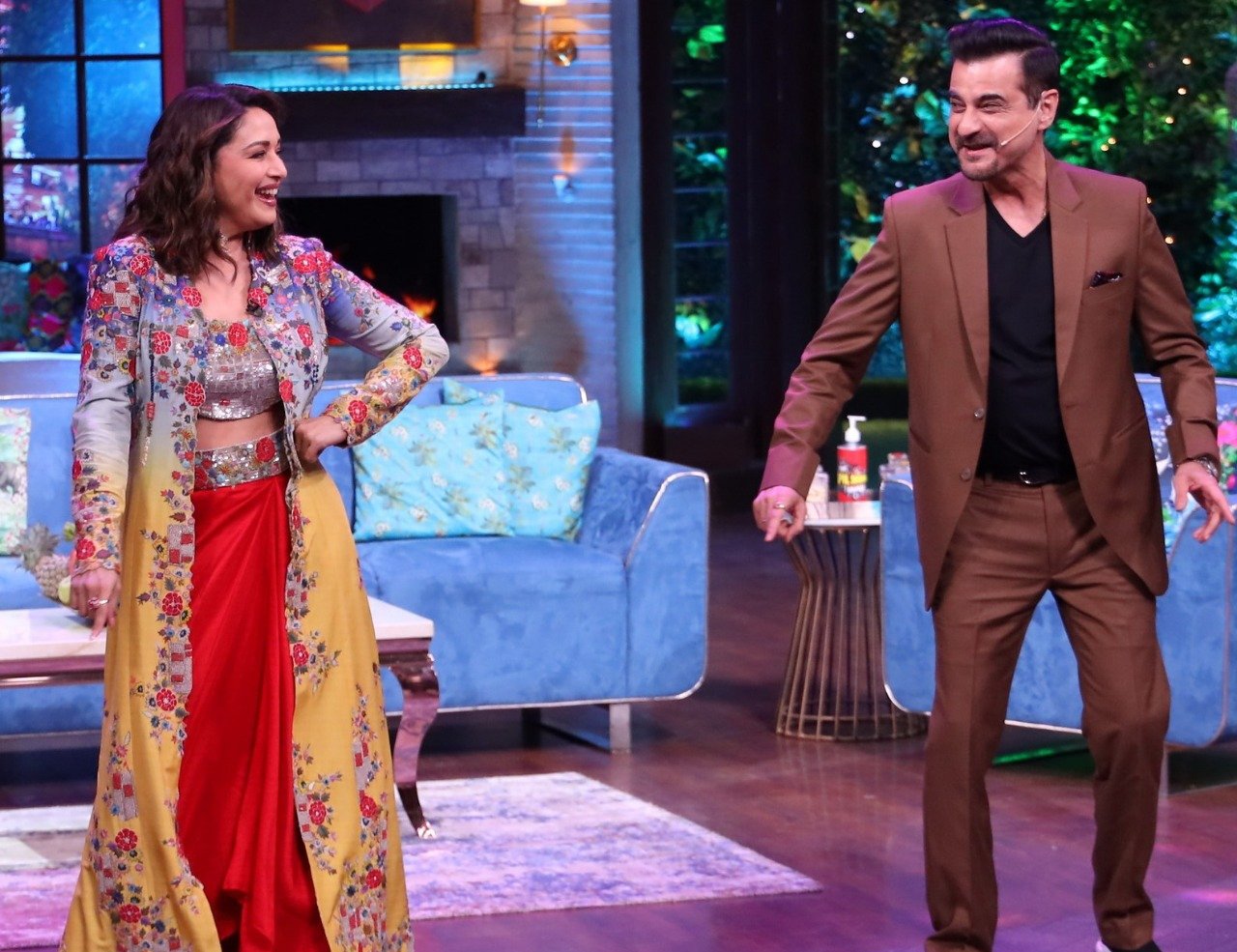 Madhuri & Sanjay Speak of their Chemistry

Madhuri Dixit and Sanjay Kapoor recreate the iconic steps of the song ‘Akhiyaan Milaoon’ and ‘Nazrein Mili Dil Dhadka’ from their film ‘Raja’ on ‘The Kapil Sharma Show’ to be aired soon. (IANS photo)

MUMBAI (IANS) -Twinkle toes Madhuri Dixit Nene is all set to make her digital debut with Netflix’s ‘The Fame Game’. She will be seen working with Sanjay Kapoor after 21 years and has spoken about the chemistry she shares with him and Manav Kaul.

Talking about sharing screen with Manav for the first time and on what it was like to revive her on-screen chemistry with Sanjay, she said, “Well, it’s been fantastic. The shooting was so full of nostalgia. I had a fantastic time working with Sanjay, because I’m working with him after a very long time.”

She added: “A lot of good memories from the old shoot kept coming back, it was wonderful. It was like meeting an old friend. And I am working for the first time with Manav. He’s a very good actor himself and there is so much to learn from him. I think the chemistry between the two of us has worked out very well and it is really amazing to share the screen with these two wonderful actors.”

Madhuri and Sanjay have worked together in films such as ‘Raja’ and ‘Mohabbat’.

Sanjay on again sharing the screen with Madhuri Dixit shared: “I was really cherishing every moment. After such a long time we were shooting together, and it really didn’t feel like it’s been so many years. Everyone knows how talented she is but the best quality of her is that she’s so grounded